You are at:Home»Fixed Income Channel»Barings CEO Stresses Fundamentals Over News 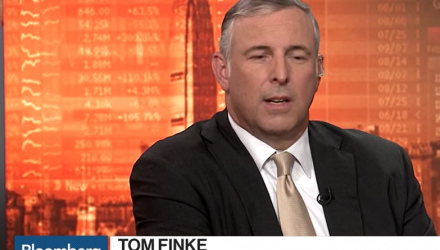 Last Friday’s decision by United States President Donald Trump to impose a 25 percent charge on up to $50 billion in Chinese goods did no favors for trade relations between the U.S. and China. As a result, the Dow dropped over 200 points before paring down losses to about 85 points during last Friday’s market close.

The news sent the markets spinning, but even before then, Barings CEO and Chairman Tom Finke told Bloomberg that the two world powers must still coexist.  Finke stressed that as an investor, it’s better to focus strictly on the fundamentals of the market rather than get caught up in the noise and mispricing caused by geopolitical news.

“The U.S. and China have to trade–they’re interdependent,” said Finke.  “A lot of the global equity markets have become a little desensitized to geopolitical soundbites and news.  You really have to step back and look at the fundamentals; that’s what we do at Barings.