You are at:Home»Fixed Income Channel»August Was the Month of Bonds for 401(K) Funds 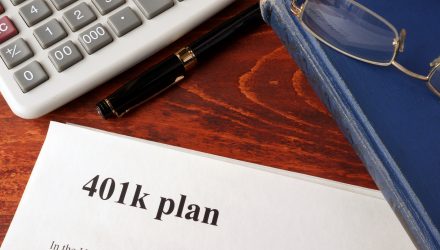 August Was the Month of Bonds for 401(K) Funds

Much like the rest of the capital markets, the month of August saw an influx of investment capital into bonds for 401(k) funds. The proof was in the proverbial pudding with the final numbers from the Alight Solutions 401(k) Index.

With investors fretting over events like the escalated U.S.-China trade war, sell-offs in U.S. equities spurred more activity in the bond arena as investors opted for safe haven assets. As such, the Alight Solutions 401(k) Index reflected this activity with more 401(k) fund trading in fixed income.

“At the start of the year, as the market had been going up from early year lows, people had mostly been selling out of equities and into fixed income,” wrote John Manganaro of Plan Sponsor. “This represented the “correct” trading behavior of buying low and selling high. However, the second half of the month of October brought renewed volatility in U.S. and global equity markets. After several weeks featuring relatively large price swings for major indices including the DJIA, S&P 500 and the NASDAQ, 401(k) trading activity towards fixed income jumped on Monday, October 29. That day, trading was 2.26-times the normal level, according to the Alight Solutions 401(k) Index.”

The month of August made it clear that funds were favoring fixed income over equities.

“Then, on August 5th, the index again reported a high level of trading activity—2.78-times the normal level—towards fixed income,” Manganaro wrote. “The trading spike came after a two-day drop in the S&P 500 of nearly 3.7%.”

“Now that Alight Solutions has published the full August numbers, the extent of the trading towards fixed income is clear,” Manganaro added. “Overall, 16 of 22 trading days in August favored fixed income funds. Net trading activity for the month was the highest in 2019, at 0.24% of balances. Additionally, there were six above-normal days, the highest monthly total since December 2018.”

With Treasury notes offering basement-level yields, it’s provided a challenging market for fixed income investors who are starving for more. There are still opportunities to delve deeper into the bond market, such as corporate bonds, which has spurred a higher level of activity in the space and the bond market in general.

Thanks to a Federal Reserve that appears keen on cutting interest rates, it’s caused a corporate scramble for credit.

“Companies might as well take advantage while they can. Corporations are getting in while the credit window remains wide open as you just never know when it slams shut,” said Greg Peters, head of multisector and strategy at PGIM Fixed Income, which oversees more than $809 billion in assets under management.