You are at:Home»Fixed Income Channel»As Tax Hikes Loom, Get Muni Exposure With “VTEB” 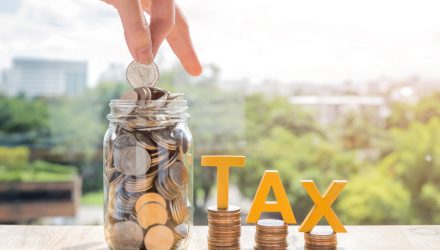 As Tax Hikes Loom, Get Muni Exposure With “VTEB”

The fourth quarter is less than a month away, and investors can start positioning themselves to lessen their tax burden this year with assets like municipal bonds and ETFs like the Vanguard Tax-Exempt Bond ETF (VTEB).

It’s a prime alternative, especially with tax hikes looming. VTEB allows investors to reap the benefits of municipal bond income while also lowering their tax burden at the same time.

“The biggest winners of the 2020 election have turned out to be state and local governments, especially those run by Democrats,” a Wall Street Journal article said. “Democrats in Congress have showered them with federal largesse, and President Biden is now reducing their borrowing costs by driving a stampede of investors into tax-exempt municipal bonds.”

“Demand for muni debt has surged this year even from last year’s high levels as well-to-do Americans seek protection from the expected income and capital gains tax increases,” the article added further. “Investors have plowed a record $69 billion into muni-bond mutual and exchange traded funds during the first seven months of this year, driving yields to historic lows.”

Even despite the low yields, municipal bonds are still loved, especially by the well-to-do. This is especially the case for high-income earners in states like California and New York, where the tax bite can be harsh.

“Munis have become more attractive because their interest is exempt from federal income tax, unlike Treasurys and corporate bonds,” the WSJ article said. “Most states also exempt debt issued by their localities from income taxes. This makes muni ETF and mutual funds especially popular among wealthy Americans in states with high tax rates like California and New York.”

“The tax bill for wealthy Americans in many states could soon exceed 50% on stock sales, dividends, and interest income,” the article added. “Tax-exempt munis are a port in this tax storm. Despite the paltry yields on munis, Americans may still net more than they would buy corporate bonds or Treasurys.”