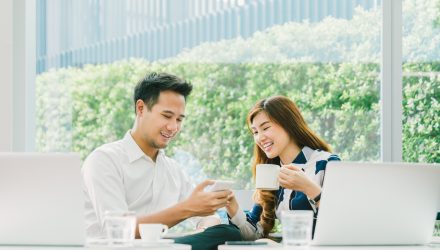 Are Trade Tensions a Concern for Asian Equity?

Trade tensions are building. But are they a concern for Asian equity? Here’s a detailed analysis that paints a clear picture of exactly what’s happening.

On March 22, President Donald Trump signed a memorandum that would impose 25% tariffs on up to $60 billion in annual imports from China, relating to intellectual property practices under Section 301 of the 1974 Trade Act.

The proposed tariffs target 1,300 product categories concentrated in aerospace, information and communication technology as well as machinery, and a detailed list will be unveiled within 15 days for public comments. Earlier this year, the US announced import tariffs on steel and aluminum due to national security concerns under Section 232, as well as tariffs on washing machines and solar panels.

In reaction to the newly proposed tariffs, the Ministry of Commerce in China responded by announcing similar tariffs on around $3 billion of US imports ranging from fresh fruits to steel pipes.

China’s trade surplus with the US widened to $278 billion in 2017, based on Chinese trade data.1 While we believe the figure is overstated (as imported materials account for around one-third of China’s exports), it has provided an incentive for the Trump administration to take the offensive against China.

Chart 1: US trade deficits with China 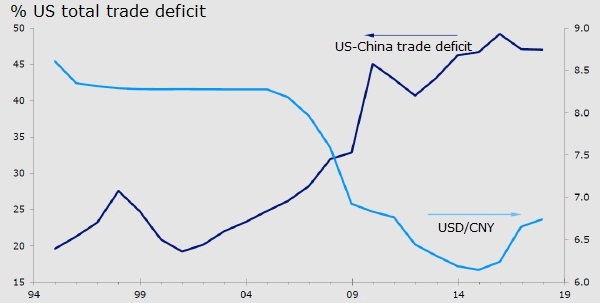 We expect the increasing uncertainty over trade policies will lead to negative sentiment and equity market volatility in the short term. However, we anticipate limited impacts on growth, as the Asian economy is on a much sounder footing and is growing increasingly reliant on domestic demand. We believe the supply chain in the region will create barriers for multinationals to relocate, and that further escalation of trade tensions will only result in a lose-lose situation for both China and the US.

Limited impacts on the regional economy

We believe the announced trade protectionism measures by the US will have limited impacts on the regional economy, as most Asian countries have become more dependent on domestic consumption and investment since the global financial crisis.

In China, we believe exports have structurally peaked and will only impact the underlying economy on a cyclical basis. In addition, equity markets in Asia have generally low exposure to US demand. Shares of US sales by MSCI constituents in major exporting markets are at around single-digit to mid-teens.2

Chart 2: Sectors targeted by the US have low contribution to China’s GDP 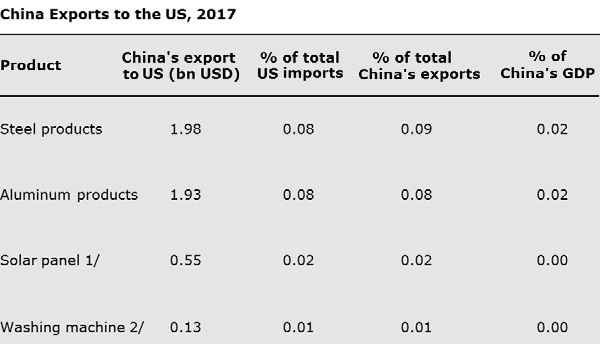 China has been building up manufacturing capacity since 2001 when it joined the World Trade Organization, and it is sitting in the center of an established manufacturing supply chain in Asia. We believe it will be very difficult and costly for multinationals to relocate production back to the US.