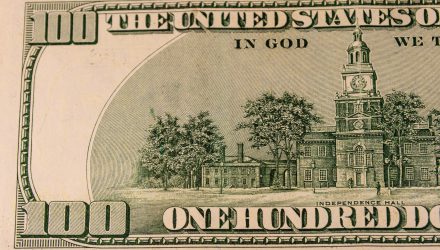 SHYG “had more than $465 million of outflows on Wednesday, the most ever in a single day. But that was just part of the $1.5 billion that’s left the fund over the last two weeks, as deserting investors have yanked almost 40 percent of its assets since May 29,” reports Bloomberg.

Corporate debt is reaching its highest level since before the financial crisis, which has caused Moody’s to warn that substantial trouble is ahead for junk bonds when the next downturn arrives.