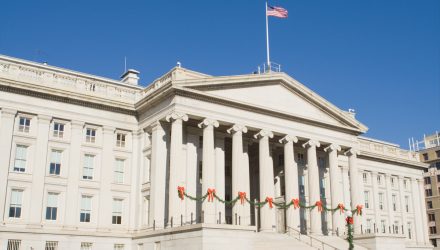 Bond markets reacted as expected and with electoral politics in the rear view mirror, at least for now, fixed income market observers have concerns to focus on.

“Unlike the 2016 U.S. election, the fixed income arena was not greeted with any surprises this time around, so based upon the initial reaction, it appears as if the bond market has moved on quickly,” said WisdomTree in a recent note. “The focus shifts right back to the domestic fundamental setting—namely, growth prospects, inflation expectations and any attendant monetary policy decisions from the Fed.”

USFR, which debuted in February 2014, follows the Bloomberg U.S. Treasury Floating Rate Bond Index. The fund’s holdings are priced at a spread over 3-month Treasury bills. Floating rate notes featured in USFR mature in 2019 and 2020.