You are at:Home»Fixed Income Channel»401k Participants Are Piling into Fixed Income 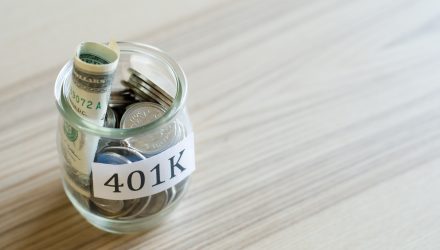 Alight Solutions 401k Index showed that 401k participants piled into fixed income as fears of a global economic slowdown could be stoking investors to head for the exits when it comes to equities. That same fretting could be eased by a central bank rate cut, but will it be enough to stem the tide of outflows from equities?

“The data we need is not Q2. What’s at risk is the growth and magnitude of the Fed rate cut. I don’t think Q2 is going to have much impact on the Fed’s thinking,” said Marc Chandler, chief market strategist at Bannockburn Global Forex. “It’s really how Q3 is progressing. It seems to me the economy softened in April and May and picked up in June with jobs data, retail sales and manufacturing sector.”

According to an article in 401K Specialist, “June saw, on average, 0.017% of 401k balances traded daily and 17 of 20 days favored fixed-income funds.” Furthermore, the article went on to state that 401k participants tended to favor bonds, stable value, and money market funds.

According to the latest report on ETF flow data from State Street Global Advisors, fixed income inflows were out of this world in the month of June, garnering over $25 billion.