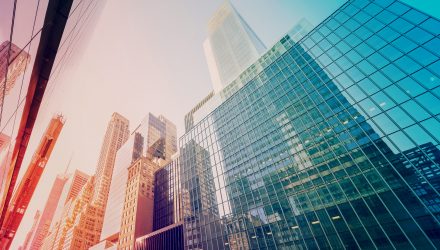 The Financial Select Sector SPDR (NYSEArca: XLF), the largest financial sector exchange traded fund, is up nearly 5% over just the past week, supporting the notion that bank stocks are one of Wall Street’s favored trades heading into the end of 2017.

“Financial stocks were supposed to be one of the big winners in 2017, but instead ended up badly lagging the market for most of the year. Analysts, though, are willing to give the sector another shot heading into 2018,” reports CNBC. “With stronger economic prospects, higher interest rates and lowered regulatory barriers on the horizon, at least two analysts are telling clients to up their allocations to banks and other parts of the group. They also cite tax reform and additional consumer strength as reasons to be bullish.”

Capital levels at major U.S. banks are viewed as solid. Additionally, the Trump Administration’s tax reform effort is seen as a potential catalyst for the financial services sector, but it remains to be seen if that effort will come to life.