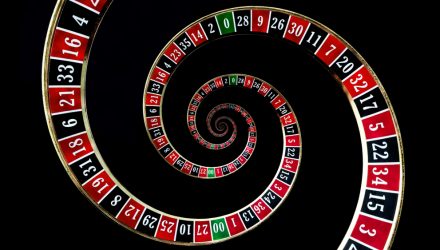 Financial Sector ETFs Are on a Losing Streak

While the Federal Reserve is eying higher interest rates, bank stocks and financial sector-related exchange traded funds are lower for the sixth consecutive session on Wednesday on growing concerns over the U.S. growth outlook.

The KBW Bank Index dropped Wednesday in its longest losing streak since January 27, despite rising yields on benchmark 10-year Treasuries, which rose above 2.6% for the first time in three years, Bloomberg reports.

“The primary reason to sell bank stocks today would be the anticipation that the Federal Reserve will be too aggressive with its monetary policy in its efforts to reduce inflation which results in the U.S. economy going into recession in 2022,” RBC Capital Markets analyst Gerard Cassidy wrote in a note.

Higher rates typically are good for banks’ bread-and-butter businesses since they can issue loans at a greater profit. However, the uncertainty has grown amid rising concerns that the Federal Reserve’s overly aggressive monetary tightening will hamper economic growth and curb loan demand, forcing banks to raise their exposure to bad loans.

“It is very clear to everyone [the Fed is]going to engineer a rapid tightening cycle,” Samy Chaar, chief economist at Lombard Odier, told the Wall Street Journal. “It is possible that the Fed engineers a soft landing, but it would be quite miraculous.”

This new outlook is shift from earlier in the year when banks and yields were both moving higher in tandem, and financial sector stocks were seen as a stable value play in the ongoing shift away from growth toward cheaper segments of the market that could do better in a rising interest rate environment.