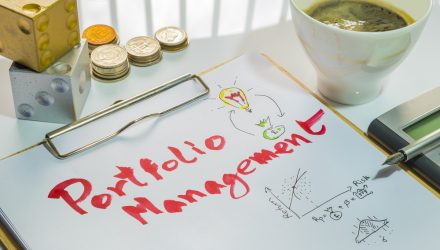 Financial Advisors Are Taking a Shine to ETF Model Portfolios

Exchange traded fund model portfolios is one of the fastest-growing areas of the managed-account space.

Third-party ETF model portfolios or managed portfolios is a booming corner of the money manage market, with players like BlackRock, Vanguard Group and Charles Schwab, among others, cobbling together funds into bespoke investment portfolio strategies, Bloomberg reports.

So much money has found its way into these model adjustments that some believe the increased demand has been behind the multiple ETF inflow records. For instance, BlackRock, the world’s largest asset manager, describes these model portfolios as “crucial” to its growth strategy.

“We’re seeing about a billion dollars per month coming in from models constructed and managed by BlackRock,” Armando Senra, head of iShares Americas at BlackRock, told Bloomberg. Given how many of its peers are also in the business, that’s “just a small portion of our total model flows.”

Broadridge Financial Solutions Inc. calculates that these model portfolios now account for $3 trillion in assets under management as of the end of the first quarter, with a significant chunk in ETFs, which have been a go-to investment vehicle for their cheap and efficient nature.

Market observers believed that the recent dramatic inflows may be associated with record activity across a suite of Schwab funds in a single week during June, along with huge flows in several BlackRock products, and one of Vanguard’s major stock ETFs.

The boom reflects the increased demand among financial advisors to help streamline their businesses to allow for more time with clients since these per-packaged model portfolio strategies save time on investment allocations.

Since 2018, over 400 model portfolios have come to market, and financial advisors are increasingly drawn to these third-party models since they help offload risk, according to Jillian DelSignore, principal at Lakefront Advisory and former head of ETF distribution for JPMorgan Asset Management.