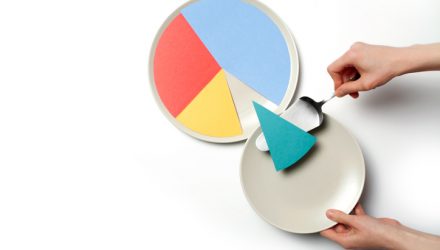 As Fidelity Investments strives to provide quality financial expertise to those in search of it, it’s essential to keep an eye on what’s coming next.

ETF Trends spoke with Denise Chisholm, Sector Strategist for Fidelity, about some of the more high-level themes investors and advisors should be focusing on regarding sectors for the year ahead.

Chisholm explained how her process involves looking at historical probabilities, which can utilize not only macroeconomic data, but fundamental data going back to the 1960s. As a result, while things change and evolve, there are plenty of lessons to take in from the past.

This ends up informing the equity market data and sector analysis that leads to the sort of information being put out there, as opposed to something more subjective. Keeping that in mind, Chisholm noted that an initial pass focused on the difference between defensive sectors (consumer staples, utilities, healthcare, etc.) and economically sensitive sectors (technology, financials, industrials, discretionary, etc.).

Currently, the major difference is how there are many rare signals. One is that defense is very expensive. It’s the most expensive that it’s been since 1970.

“That’s been a pretty rare signal, but it’s been decisive in terms of a rotation on a go-forward basis, meaning the next year, cyclical sectors overall have historically outperformed,” Chisholm explained.

“So, that valuation disconnect that we’re seeing is happening at the same time where we started to see global stimulus pick up in the middle of last year. And so we started to see the U.S. cut interest rates that they’ve cut three times. The ECB joined in, which makes it even rarer.”

Chisholm added that her prior Quarterly Sector Updates noted an aggravated move by global central banks to begin easing. In terms of this easing, Chisholm stated how that has historically led global manufacturing indices, which have been in contraction for nearly a year.

Currently, people will now see if 2020 will show history to be a proper guide. The potential of the stimulus to turn the overall global economy at the same point where a lot of the discounting mechanisms in the stock market and specific sectors are discounting some of the worse case scenarios.

Having spotlighted the rare signals seen in some of the sectors, including defense, Chisholm had more to say about where they originated. Based on her data, the signals can be traced back to the beginning of 2019 when defense was becoming more expensive, while risk became cheaper. For Chisholm, it comes down to three ways to statistically look at it.

There are dislocations to spot in the market, specifically the relative valuation of defensive sectors versus cyclically-oriented sectors, which has gotten back into the top percentile.

Another way to see it is through the riskiest stocks, mainly the beta stocks. This would be the highest quartile, which is actually the cheapest since 2009.

The third way to measure, a correlated take, comes from valuation spreads, which were at recessionary wides. This means investors were crowding into stocks they believe were immune to things such as global recession, inverted yield curve, trade war, or whatever other fears investors have.

“All of those things actually started at the beginning of last year,” Chisholm states again. “Those dislocations have persisted, despite the rally in equities over the past 12 months.”