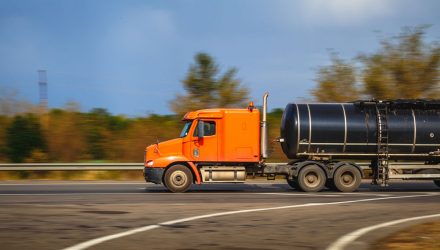 The VanEck Vectors Oil Service ETF (NYSEArca: OIH), the largest oil services ETF, is down about 25%, a loss that overshoots that of the broader energy sector.

OIH “has historically struggled during weeks the FOMC meets, posting the lowest win rate among all other exchange-traded funds (ETFs) that we track, going back to 2015. Among energy stocks, one in particular could also be vulnerable to selling pressure in the short term, if past is prologue: Anadarko Petroleum Corporation (NYSE:APC),” according to Schaeffer’s Investment Research.

OIH, which turns six in December, follows the MVIS U.S. Listed Oil Services 25 Index, “which is intended to track the overall performance of U.S.-listed companies involved in oil services to the upstream oil sector, which include oil equipment, oil services, or oil drilling,” according toVanEck.

The $1.2 billion ETF holds 26 stocks. Anadarko is not one OIH’s holdings, but the ETF allocates nearly a third of its combined weight to Schlumberger (NYSE: SLB) and Halliburton (NYSE: HAL), the two largest oilfield services providers.