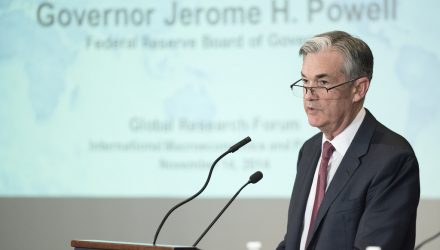 In his semiannual testimony to Congress starting with the Senate Committee on Banking, Housing and Urban Affairs, Federal Reserve Chairman Jerome Powell hinted today that the growing economy sets the perfect backdrop for more interest rate hikes to come through the rest of 2018.

The low four percent unemployment rate and data last week from the Bureau of Labor Statistics that 213,000 jobs were added in June provided fuel for Powell’s latest comments regarding the growth of the economy.

“Overall, we see the risk of the economy unexpectedly weakening as roughly balanced with the possibility of the economy growing faster than we currently anticipate,” said Powell. “The unemployment rate is low and expected to fall further. Americans who want jobs have a good chance of finding them.”

Thus far this year, the Fed raised the federal funds rate twice by quarter-point increments–it currently stands at 2%. Despite the economy growing at a 2% clip during the first quarter, Powell cited that the economy during the second quarter grew “considerably stronger than the first.”