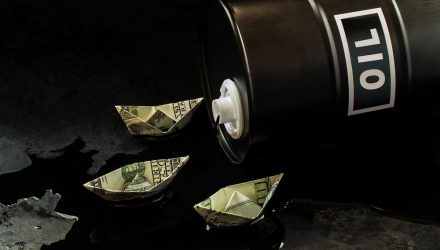 Fears of Waning Demand in a Recession Weigh on Oil ETFs

Oil-related exchange traded funds plunged on Tuesday, with crude prices dipping below $100 per barrel, as recession fears fueled concerns that an economic slowdown will sap demand.

Ritterbusch and Associates attributed the move to “tightness in global oil balances increasingly being countered by strong likelihood of recession that has begun to curtail oil demand,” CNBC reported.

″[T]he oil market appears to be homing in on some recent weakening in apparent demand for gasoline and diesel,” the firm said in a note.

Both WTI and Brent crude oil futures saw losses in June, ending six consecutive months of gains, as talks of a recession weighed on the demand outlook.

“In a recession scenario with rising unemployment, household and corporate bankruptcies, commodities would chase a falling cost curve as costs deflate and margins turn negative to drive supply curtailments,” Ritterbusch and Associates added.

Nevertheless, some experts warned that even with a recession, oil prices are likely to remain high. For instance, Citi has been one of the few with a bearish outlook when the majority of firms, such as Goldman Sachs, have called for oil to remain elevated at $140 per barrel or more.

“Financial markets are trying to price in a recession. Physical markets are telling you something really different,” Jeffrey Currie, global head of commodities research at Goldman Sachs, told CNBC.

Currie warned that the current physical crude oil market is at its tightest on record.

“We’re at critically low inventories across the space,” Currie added.