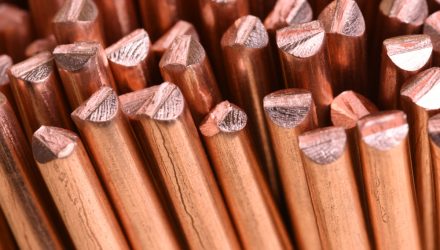 Saxo Bank analyst Ole Hansen argued that a solid recovery in demand from China supported the base metal, Reuters reports.

“From a technical perspective, support is at the uptrend just above $6,500,” Hansen told Reuters.

Meanwhile, some were worried about a potential supply squeeze in the copper market, with exchange inventories slipping to their lowest level in over a decade, as Chinese demand runs high. For instance, the London Metal Exchange inventories are at their lowest levels in almost 15 years, or only enough to last users a little more than a day, whereas a year ago, inventory levels would have lasted five.

Red Kite Capital Management LLP fund manager George Daniel warned that the market is starting to show similarities to that of the early 2000s when a Chinese buying spree diminished the world’s supply of copper and sent prices surging to record highs, Bloomberg reports.

“This time it’s been different because China has been sucking everything up,” Daniel told Bloomberg. “It feels like we’re getting into a period where there’s just no copper around.”

Furthermore, long-term macro investors seeing copper in a more favorable light, arguing that the asset should hold up in an environment of a falling dollar and rising inflation to provide a further tailwind for prices.

“Everything is working for the copper price at the moment,” Daniel added.