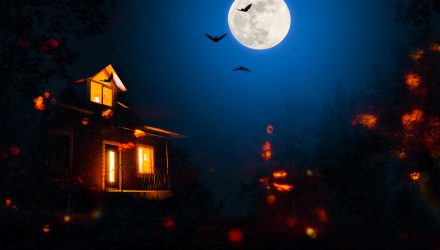 Despite ending on a positive note, October 2018 has been one to forget for U.S. equities thanks to FANG (Facebook, Amazon, Netflix, Google-Alphabet) stocks that have haunted the major indexes—a befitting notion on this Halloween day. The Nasdaq Composite, in particular, fell by 9.2% in October, making it its second largest decline since it fell 10.8% back in November 2008.

Investors have been spooked by copious amounts of volatility after a decade-long bull run that has seen the growth fueled by FANG stocks dwindle as the technology sector fell into correction territory.  The S&P 500 responded similarly before pulling itself out of correction phase in yesterday’s session, while the Nasdaq accomplished the same today.

According to CNBC’s numbers, the FANG stocks have been responsible for helping to shed $300 billion worth of market capitalization since September 20. Since the beginning of October, the losses in the famed FANG stocks have roiled the markets :

While they are down, U.S. equities will need FANG stocks to shake off the effects of October and begin anew. Today, all three major indexes were in the green with the Dow up over 200 points, the S&P 500 climbed 29 points and the Nasdaq gaining over 140 points.

November will get some help as third-quarter earnings continue to be reported with big names like Apple starting off the month. According to research performed by Bespoke Investment Group, roughly 75% of stocks experienced a one-day decline as a result of their earnings this season–a surprise given that nearly 8 in 10 companies reporting better-than-expected earnings thus far.