You are at:Home»Equity ETFs»FAANG Woes Hammer a Big Internet ETF 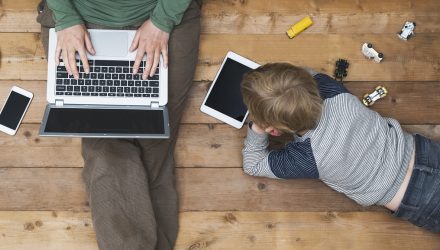 “Since 2008, there have been four death crosses for FDN, which began trading in June 2006. After those signals, the fund was up an average of 4.59% one month later, and was positive 75% of the time. That’s even better than the ETF’s average one-month return of 3.31% after a ‘golden cross’ — when the 50-day moves atop the 200-day trendline — thought to be a bullish technical signal,” according to Schaeffer’s.

Investors have pulled $731.33 million from FDN in the fourth quarter.