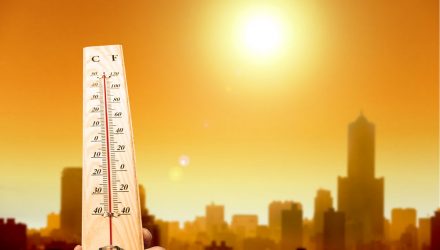 Highlighting the theme of investors flocking to ex-US developed markets stocks and exchange traded funds this year, the iShares Core MSCI EAFE ETF (BATS: IEFA) is one of 2017’s top asset-gathering ETFs. In fact, only one ETF has added more new assets than IEFA this year.

IEFA debuted nearly five years ago as a cost-effective alternative to the iShares MSCI EAFE ETF (NYSEArca: EFA), which tracks the developed EAFE or European, Australasia and Far East countries. IEFA charges just 0.08% per year, the equivalent of $8 on a $10,000 position, while EFA has an annual fee of 0.33%.

“Get more for less was the message when BlackRock cut expense ratios on many of its iShares Core exchange-traded funds nearly a year ago,” reports Ari Weinberg for the Wall Street Journal. “The marketing worked, and investors responded by sending nearly $17.9 billion into an ETF for non-U.S. stocks, iShares Core MSCI EAFE ETF (IEFA)—ranking it third in net new assets since. Going head-to-head with similar developed-market equity ETFs from Vanguard and Charles Schwab , the $33 billion fund benefited from European economic tailwinds and exposure to 2,500 international stocks, including small-caps, as well as its 0.08% annual expense ratio.”

IEFA holds over 2,500 stocks with over half the ETF’s combined geographic weight dedicated to Japan, the U.K. and France. Overall, 16 countries are represented in the ETF. Eleven of those countries are European nations.