You are at:Home»Exchange: An ETF Experience»Want to Go on a Braindate? 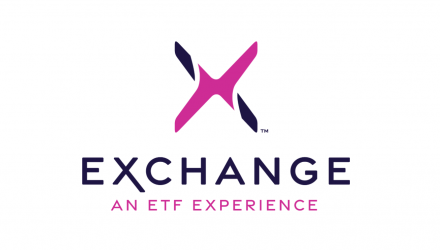 Want to Go on a Braindate?

We’ve all had a person whose brain we wanted to pick — an expert, a journalist, a Twitter celebrity. Finding someone you hope to talk to is the easy part; actually doing it gets trickier.

Asking to pick someone’s brain is one of networking’s big gray areas. For young people just starting out, “shooting your shot,” so to speak, and asking for an informal conversation with someone powerful can pay off big time.

On the other hand, some career experts warn against asking to pick someone’s brain. It can be seen as devaluing that person’s time and advice.

Networking can provide a way to thread the needle on this issue. At conferences or happy hours, the lines are blurred — you can approach people you don’t know and, if you’re lucky, steer the conversation to your most pressing questions. In other words, you can ask for advice or get a conversation going in an informal way.

But let’s face it, not everyone is good at networking. It can be tough to go up to strangers at a conference, even one as awesome as Exchange: An ETF Experience. And while we know there’s magic in social media connections, particularly on #ETFintwit, some people aren’t comfortable sliding into a stranger’s DMs or risking “reply guy” status.

That’s why we’re hosting “Braindates” at Exchange. Our Braindates are powered by startup e180, which creates a framework for networking, both at conferences and in the world. And to make it that much easier, we’re prepping the Braindates for you, and we’ve done it through one of our favorite mediums: Twitter.

During networking periods at Exchange: An ETF Experience, we’ve asked some of your #ETFintwit favorites to host sessions on topics they know inside and out.

Sam Ro (@SamRo), who just launched newsletter TKer after years penning some of your favorite daily emails from Forbes and Yahoo Finance, is hosting a Braindate on how to write a great client newsletter. Nicole Casperson (@NicoleCasperson), founder of WTFintech? is bringing her honest and unbiased point of view to a Braindate on what technology you need to pay attention to, whether that’s trends to keep an eye on or how to build the best tech stack for your firm.

In the coming weeks, we’ll be announcing more sessions and diving a bit deeper into the people we’re featuring and the sessions they’re hosting. But suffice it to say, we’re going to make it as easy as possible for you to pick some of your favorite brains at Exchange.