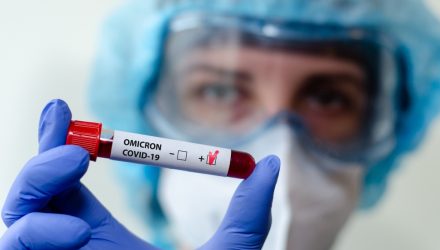 Exchange is monitoring the Omicron variant, which has caused COVID cases to skyrocket through much of the world. Fortunately, some early data suggests that this variant could be, in some cases, less lethal than previous variants.

Cases are up significantly, with the U.S. averaging 400,000 new cases recorded each day, doubling from last week’s numbers, excluding any unreported at-home positive tests. Dr. Anthony S. Fauci, President Biden’s chief medical advisor, speaking to ABC on Sunday, said, “the real bottom line that you want to be concerned about is: Are we getting protected by the vaccines from severe disease leading to hospitalization?”

Hospitalizations are up 31%, with deaths up 37%. This surge is largely, but not entirely, driven by the unvaccinated. In a press conference, Dr. Fauci said that “the pattern and disparity between cases and hospitalization strongly suggest that there will be a lower hospitalization-to-case ratio when the situation becomes more clear.”

Though the coming month might see increased hospitalizations, some of the early evidence in South Africa suggests that the Omicron wave could subside quickly. “All indicators suggest the country may have passed the peak of the fourth wave at a national level,” the government said in a statement Thursday. South African officials also noted that those infected with Omicron were less likely to end up in a hospital and tended to recover faster than they would have with previous variants.

The Exchange leadership team will continue to monitor the situation and provide updates as they come in. Exchange is currently scheduled for April 11–14.