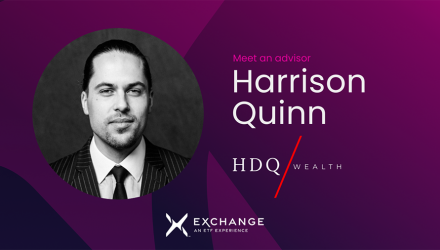 Exchange: An ETF Experience is coming February 5th – February 8th, so Evan Harp is sitting down and chatting with some of the advisors that will be there. Today’s edition is focused on Harrison Quinn, founder and CEO of HDQ Wealth.

Evan Harp: When and how did your practice begin?

Harrison Quinn: Oh, man, so technically speaking, about four years ago, post university and study abroad in China, I began in August of 2018. That was my first advisory and licensed role in a traditional firm out of college – a big insurance broker dealer. Then my independent RIA was officially set up and broken off in the spring of 2021. So about 18 months ago, very easy mid-pandemic, so all was super calm and I had no problems! It was a bit strange while the world is falling apart, but a couple of opportunities presented themselves and made sense. And so yeah, we went for it.

Evan Harp: What is your investment philosophy? 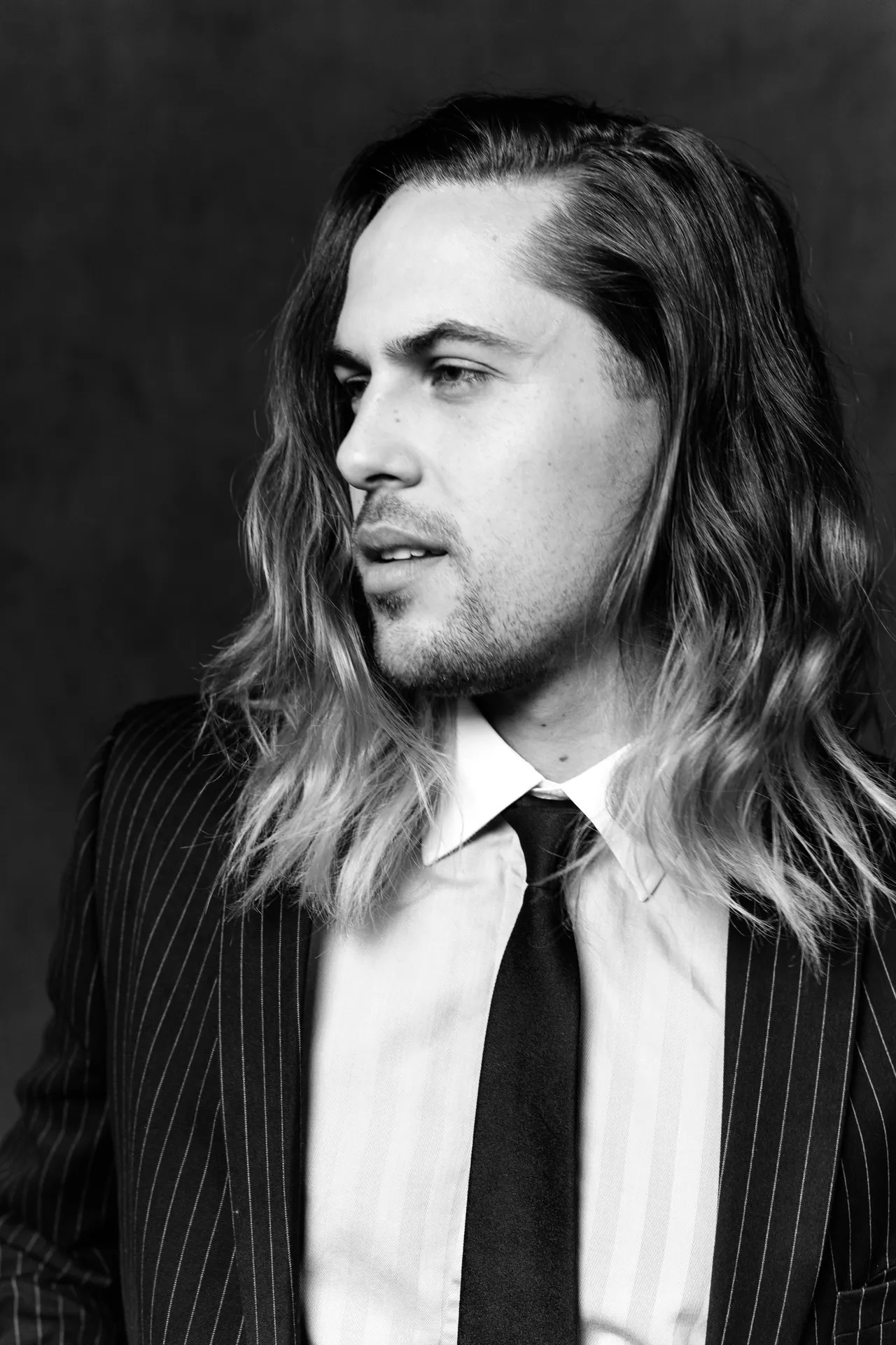 Harrison Quinn: Well, it’s funny because it’s a little bit – I’m sure you understand this, it’s a little bit like asking, ‘If you had $10 million, what would you invest in?’ The unfortunate answer is, ‘it all depends,’ from a compliance standpoint and then also from a pragmatic realistic standpoint.

I often tell people one of my roles being an investment advisor is to protect first and then grow. That often happens at a different speed and velocity for most people. Some people I’ve been asked before if I think Apple is a good investment, I go, ‘well, not if you’re holding 10 million shares of Apple,’ right? Is it a good investment if somebody has other diversified equity holdings not solely in the tech sector, maybe? So it’s kind of a bass-ackwards answer – But the philosophy, ironically – and it’s more of a planning answer than an investment answer, is really living for today, planning for tomorrow.

So buying the stock or buying the trip you enjoy, but then having that long term investor mindset associated with that – and not just being a trader or being an impulse purchaser in real time.

Evan Harp: What’s the biggest obstacle you had to overcome, and how did you do it?

Harrison Quinn: I’ve always been a fairly confident person, and I’ve had a pseudo-clear vision of where I’ve wanted to go and how to get there. But it’s a combination of imposter syndrome and being confident that, if we don’t know the path, we clearly still move forward and take that one-step-at-a-time approach.

So getting out of my own way has been more difficult because, as confident as I am with myself, I’m still a realist and fairly pragmatic. When I’m an independent RIA trying to compete in the space of ultra-high net worth against JP Morgan private or Goldman Sachs, people like that, it’s pretty easy and normal to feel small, and feel that lack of competition because of how the size differentiation is so vast. In reality, I can compete, and I do confidently compete with the offering, service, and with the structure. It’s a people-based business in my world, so understanding that I’m the alpha, I’m the differentiator, and that’s been really important internally understand.

Evan Harp: Do you have your eyes on any ETFs right now, and if so, which ones?

Harrison Quinn: With some of my more risky, pessimistic HNW clients – there are some creative ETFs leveraging derivatives that we’ve been exploring to act as a buffer for their overall portfolio. So, without exiting positions, protecting the overall portfolio with a lower, you know, cash outlay, but receiving that kind of downside protection. That’s been interesting. But I also am a big believer in, as the world’s gotten beaten down and the U.S. markets have gotten beaten down year to date, entertaining emerging markets and opportunities in China. I’m very long-term bullish on both of those places in pieces, not without heavy volatility of course. I think that they’re probably the early and quickest parts to run in a recession or pre-recessionary environment.

Evan Harp: Our conference, Exchange, is slated for February 5 through February 8, 2023. I’m going to ask you to put on your Nostradamus hat and make a prediction. What do you think the biggest story in the market will be in February of 2023?

Harrison Quinn: That’s a great question. Funny enough, I’ve been more right than most of the talking heads on CNBC. I’m very honest with myself, and I take a ledger beginning of year as well as updated throughout q1, q2, q3, all that, and I enjoy doing that to see if I’m right, if I’m wrong, and understanding why I felt that way. I’ve been decently correct in predictions through the craziness of the last few years, and what I tell myself, my clients, and anyone who cares to listen to me speak is – I think the one promise for the next… call it six to twelve months, is continued volatility.

And I think that, having that February 5th date, you will see a lot of volatility. But on both sides, right? I think you’re going to find the weak sectors continue to fail, and the strong and recessionary strong sectors outperform the overall markets. I think that will end in a strange new market that will favor properly structured portfolios and not being exposed to the overall market.

I do believe that we are continuing through the trough and not the bottom. I know we technically retested last week or broke new lows for the year. But I think we’re troughing. Some say we’ll drop another 10%, 20%, or 50%. I don’t think that’s plausible or even necessarily possible. I still think, for a lot of reasons, we have a strong economy. I believe the Fed is going to do its thing with rates because it has to, and I think inflation is not truly 8% – I think it’s more like 20%, or 25%, or 30%. But it’s what they have to say because if they said inflation is 30%, people would not take that kindly. I assimilate it very closely with COVID and predictions being two weeks, right? And we’re in year two or two and a half. It’s something that they tell to keep people at bay when they probably knew that COVID would be at least a 12-month or 24-month thing after about a month of seeing what it actually was.

Inflation, I think, is one of the biggest, scariest unknowns there. The Fed will do what it has to do and raise rates appropriately, and I do think that we could probably see a stop of rates increasing around Q1 or mid-Q2. Pure speculation on my end, but I would be surprised if the market is lower than it is today.

Evan Harp: Who is another advisor you look up to or who inspires you?

Harrison Quinn: I know very few, which I think has underserved and served me well at the same time. People have mentors, and I think that’s amazing. I haven’t been lucky enough to find one in my industry. But, if I had to name one, a local gentleman, which I’m sure you guys know, Peter Mollouk, who owns Creative Planning, is obviously incredibly successful. I’ve met him a few times, his office is 15 minutes away from my office. Good dude. He also works with very wealthy clients and has been successfully at acquiring other firms, he is very pragmatic and often has a simple outlook. He appropriately combines traditional investment and financial planning theories with leaning into the modern world in technology and alternatives. I think he’s a combination of a pretty low-key guy who has continued to grow and do it right – they manage about $200 billion at Creative Planning. But he remains local to Kansas City, which is fun too. So yeah, also an independent RIA. So I gotta appreciate that.