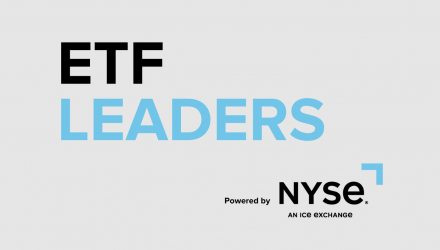 VanEck was “early to the idea” that inflation was going to be a challenge for investors, according to Patrick Finn, managing director, ETF business development at VanEck.

Speaking with NYSE’s Judy Shaw for “ETF Leaders, Powered by the New York Stock Exchange,” Finn said that “inflation was going to be persistent; it was going to be high, and we had been out talking about that,” at Exchange: An ETF Experience 2022.

Now, investors are now seeing “the ramifications of what inflation can do to portfolios.” So, VanEck spends a lot of time educating clients on such concepts as introducing “new assets into a portfolio that fight inflation.”

While “historically, TIPs and gold” are “the playbook” assets to have to fight inflation, Finn said investors “need more than that moving forward.” This includes “oil, equities commodities, [and] REITs.”

“And so, it’s about education right now” on how to “compete against that inflation,” Finn said.

On the rising rates side, Finn said that he’s “seen bonds get really devastated,” so VanEck is “exploring new alternatives that can help provide yield that perhaps hadn’t been as popular in the decade prior.”

Moving forward, Finn believes there “might be some opportunities to think about,” such as “EM debt [and]floating-rate bonds.”

While it’s hard to project what the headline number for inflation will be, Finn said that one thing he does know is that “we are in a new regime.”

“Ultimately, we’re going to have a situation where we’re going to be in a higher inflation regime, and that means different assets will work for the next 10 years than what had worked in the prior 10 years.”

One ETF that investors may want to use to defend against inflation is the VanEck Inflation Allocation ETF (RAAX), an adaptive strategy offering a diversified portfolio of inflation-fighting real assets.

While there’s a lot of uncertainty in the markets, Finn admitted that some opportunities are starting to present themselves, particularly in the growth and value dynamic. The VanEck Vectors Morningstar Wide Moat ETF (MOAT) can seek value in this dynamic. This ETF tracks an index of companies that have “wide moats” or sustainable competitive advantages that are very difficult for competitors to breach.

According to Finn, MOAT “looks at valuations and doesn’t think about [whether] it’s a growth company [or] a value company.”

Meanwhile on the growth side, Finn said that VanEck has seen that the traditional FAANG stocks “are down a significant amount,” which “might start to be a potential opportunity.”

“We do think that there’s a dynamic at play here where soon some of these growth names might look quite attractive,” said Finn before adding: “Something like our wide MOAT fund would pick up on that.”