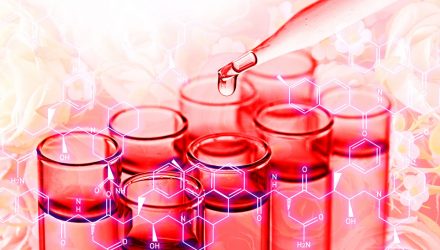 The SPDR S&P Biotech ETF (NYSEArca: XBI), one of the largest biotech ETFs, is getting in on the sector’s resurgence.

XBI, an equal-weight fund, is up more than 40% year-to-date and multiple catalysts are stoking the biotech rally.

“The industry’s sales and earnings growth had been slowing since 2015, putting pressure on share prices,” said State Street in a recent note. “But Wall Street is taking a new shine to the industry, and analyst earnings and sales revisions are becoming more upbeat. In the third quarter of 2017, the ratio of analyst upgrades to downgrades touched its highest level since the first quarter of 2016.”