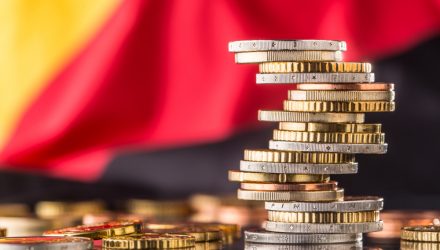 European markets rallied on Tuesday to a more than five-week high, with Germany country-specific exchange traded funds leading the charge, as Russia restarted gas flows to Europe through the Nord Stream 1 pipeline, assuaging market fears of a potential energy crisis that would send the region into a recession.

The Nord Stream 1 pipeline, which makes up over a third of Russia’s natural gas exports to the European Union, could resume operations on Thursday but at less than its original capacity of some 160 million cubic meters per day, Reuters reported.

The sources who told Reuters this helped mitigate concerns from earlier on Tuesday after European Budget Commissioner Johannes Hahn stated that the European Commission did not expect the pipeline to restart after the scheduled maintenance.

“The energy crisis is one of the biggest worries for Europe’s investors and citizens…. Having a stable source of energy as opposed to an unstable source is certainly a meaningful piece of news,” Steve Sosnick, chief strategist at Interactive Brokers, told Reuters.

The update on the energy flows also helped reverse the Eurozone markets, which were originally in the red on Tuesday, due to concerns that a hawkish European Central Bank could stunt the economic growth.

Sources told Reuters that ECB policymakers were considering hiking interest rates by a bigger-than-expected 50 basis points at their meeting on Thursday to counter the record-high inflation levels. This would mark the central bank’s first rate hike since 2011.

“It’s a tough place for the ECB to be – it needs to materially tighten policy to fight inflation but at the same time needs a loose policy to support the dire fiscal positions in some of its member countries,” Stuart Cole, a senior macro strategist at Equiti Capital, told Reuters.