You are at:Home»Featured»Europe ETFs Strengthen on Massive Stimulus Plans 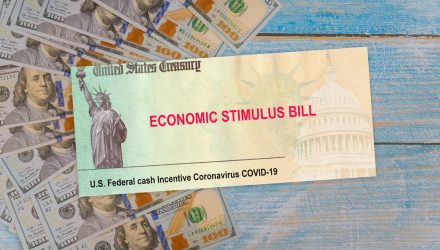 The E.U. is outlining a $2 trillion aid package that includes a massive pooling of national financial resources across the region that would deepen the economic bloc’s union, the Wall Street Journal reports.

The latest proposal is comprised of a €750 billion, or $824 billion, recovery plan, along with a €1.1 trillion budget over the next seven years, as a way to lift the region from the coronavirus-induced economic slump. However, the proposal still faces potential infighting with 27 member states that continues to divide the bloc. If approved, it would establish significant new transfers of wealth among members that would be funded by commonly issued debt.

“This is Europe’s moment,” European Commission President Ursula von der Leyen said. “Our willingness to act must live up to the challenges we are all facing.”

The most obvious hurdle is the individuality of the E.U.’s member states as many are opposed to sharing financial burdens even if it would lift the economic bloc up as a whole. The aim would be to provide a massive fiscal injection for the hardest-hit countries without exacerbating the already surging debt levels of southern countries, notably Italy, Spain, and Greece.

The wealthier Netherlands, Denmark, Austria, and Sweden, or so-called frugal four, are already questioning the viability of such a plan, revealing doubt over the potential political risk of having their own taxpayers shoulder the burden of repaying E.U. debt issued to fund major spending in other countries.

“Negotiations will take time,” a Dutch diplomat said. “It’s difficult to imagine this proposal will be the end-state of those negotiations.”