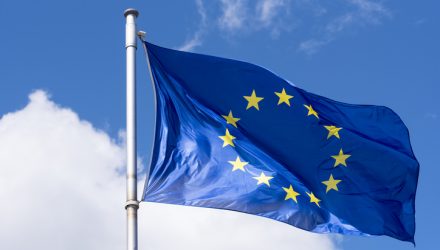 In an attempt to support a faltering Eurozone economy from a global slowdown and trade tensions, the ECB cut its key interest rate by 0.1 percentage point, to minus 0.5%, and it announced it will start buying €20 billion, or $22 billion, per month of Eurozone debt, restarting a quantitative easing program that it previously phased out last December, the Wall Street Journal reports.

The ECB said the new QE program will “run for as long as necessary,” and it will only end shortly before the bank starts raising interest rates, opening the door for further aggressive easing in the future. The central bank also promised not to hike interest rates “until it has seen the inflation outlook robustly converge” with its target of just below 2%.

“The final showdown has started with a big bang,” Carsten Brzeski, an economist with ING, told the WSJ.

The ECB’s move is the largest monetary stimulus move in three-and-a-half years and will also be part of President Mario Draghi’s swan song as he steps down, leaving his successor on a path of negative interest rates and renewed bond purchases for potentially years to come.

“There was no appetite to discuss limits, because we have the headroom to go on for quite some time without raising the discussion about limits,” Draghi said.

Draghi argued that the ECB acted in response to persistently weak inflation, along with a dip in investors’ expectations for future inflation. Recent economic data showed “a more protracted weakness of the euro area economy, the persistence of prominent downside risks and muted inflationary pressures,” he said in a press conference.