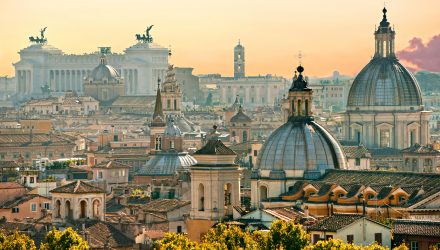 The European economy has been outpacing the U.S., but corporate profits continue to trail their American counterparts, potentially dragging on Europe equity markets and region-related exchange traded funds.

Investors are already beginning to focus more on U.S. equities after a quarter of strong earnings results. Over the past month, the Vanguard FTSE Europe ETF (NYSEArca: VGK) rose0.7% while the SPDR S&P 500 ETF (NYSEARCA: SPY) gained 2.3%.

Europe markets and related funds attracted billions of investment dollars following the 2017 French elections as the bloc posted its strongest economic growth in a decade. While earnings have improved across Europe since then, the U.S. has grown at a much faster clip, with the gap in earnings per share between MSCI’s USA and Europe indices expanding to a 30-year high, the Wall Street Journal reports.

“Europe had a very good year of profit growth, but the U.S. was on steroids,” Karen Olney, head of European thematic equity research at UBS, told the WSJ.