You are at:Home»Equity ETFs»Europe ETFs: Avoiding a Potentially Weak U.K. Ahead 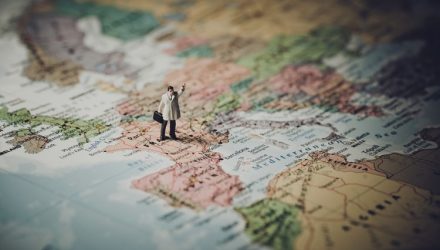 Many investors are looking to European markets to potentially enhance returns, but not all European countries are expected to maintain their momentum. Consequently, ETF investors should consider country weights when browsing for a suitable option.

“The UK’s muted growth outlook stands in stark contrast to 2016, when the UK sat close to the top of G7 growth charts alongside Germany. Brexit negotiations in particular are weighing on the UK economy,” BlackRock strategists, led by Richard Turnill, said in a research note.

The strategists argued that three issues will need to be addressed to advance the post-Brexit trade relationship between the U.K. and European Union, including the rights of EU citizens in the U.K. and vice versa, the U.K.’s financial obligations to the EU, and the Irish border.

Furthermore, BlackRock warned that U.K. investment and business confidence will likely take a hit in the transition period from U.K’ls departure from the union on March 2019. If agreement talks are dragged on, the persisting uncertainty could stymie growth.

“We hold a cautious view on UK duration in the near term, with the BoE likely to raise rates this week. The central bank’s next moves are less clear and may leave UK gilts taking their cues from global bond markets. Similarly, we see the pound supported in the short term but risks skewed to the downside as it acts as a barometer of Brexit anxieties over the medium term. We see similar risks to domestically exposed companies in the UK equity market,” BlackRock warned.