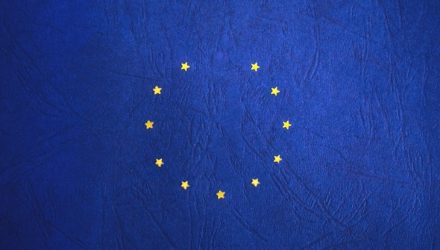 Europe ETFs Are Turning a Lot of Heads

Europe region-specific exchange traded funds have been attracting a lot of attention this year as investors look beyond lofty valuations in U.S. markets for relatively cheaper plays, and the trend may continue.

“We believe there is room for further flows into European equity ETPs. A portion of the 2016 outflow has still yet to return and Q2 European earnings were strong (relative to the U.S.),” BlackRock iShares strategists said in a research note.

Globally, European equity exchange traded product assets under management has increased by 26% since the end of June 2016 while total global ETP assets have risen by 30% over the same period. Year-to-date, $28 billion has found its way into European equity ETPs.

The inflows may reflect investors changing sentiment on European market outlook after investors yanked $34 billion out of European equity ETPs globally last year. Consequently, cash that may have been sitting on the side is finally being put to work.

“Initially, it was European-based investors doing most of the buying, but as political risks rolled off – particularly the French election – many U.S. investors started buying the region and overtook Europeans in terms of percentage of inflows,” according to BlackRock.