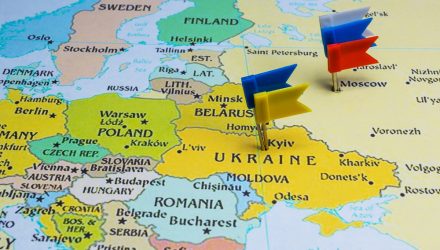 The European benchmark has rebounded over the past week and is on pace for its best weekly return since November 2020 as optimism over peace negotiations in the Russia-Ukraine conflict outweighed concerns over elevated inflation and slowing growth. The Stoxx 600 is under 1% from paring losses since the start of the war on February 24.

“The market is still very fragile and things can change on a dime,” Peter Garnry, head of equity strategy at Saxo Bank A/S, told Bloomberg. “If the turmoil and high commodity prices remain, it’s a pretty big obstacle to fighting inflation and a very difficult environment for companies to operate in. I’m still not cheering too much yet.”

Sentiment has also been strengthened after Federal Reserve Chair Jerome Powell stated that the U.S. economy was “very strong” and could handle monetary tightening.

Nevertheless, European markets could face a weaker earnings season ahead as companies tackle higher commodity prices, along with warnings for a slowdown in economic growth. Citigroup Inc. strategists now project European profits to rise 3% for 2022 compared to earlier forecasts of 5%, with cyclical and consumer-related sectors among the most vulnerable.

Meanwhile, the Bank of England raised the interest rate by 25 basis points Thursday after raising its rate by 0.15 percentage points at its December meeting and 0.25 percentage point in February.

“The Committee judges that some further modest tightening in monetary policy may be appropriate in the coming months, but there are risks on both sides of that judgment depending on how medium-term prospects for inflation evolve,” the bank said.