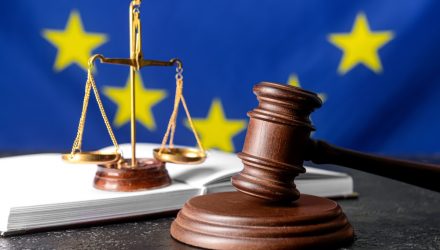 According to BlackRock data, ver $2 billion has been taken out of ETFs focused on the European equity market in over the second half of February, and Karim Chedid, head of investment strategy for BlackRock’s iShares arm in the Emea region, pointed out that the trend had continued through early March, the Financial Times reports.

The sell-off in Europe stock ETFs was a sharp turnaround from the strong inflows into the category at the beginning of 2022 when investors trimmed expensive U.S. stock positions in favor of cheaper global markets. Meanwhile, the selling has contributed to a 10.5% decline in the benchmark Euro Stoxx 600 Index since mid-February and an 8.1% drop in the FTSE 100.

On the other hand, investors are have turned back to what they know, bringing a relatively small net inflow of $200 million to U.S. equity ETFs in the second half of February. In contrast, European equity ETFs suffered $2 billion in outflows.

“It’s largely due to growth fears when it comes to Europe, due to its proximity to the crisis and fears around European equities’ exposure to inflation,” Chedid said of the outflows.

Meanwhile, concerns over inflation and the fallout of Russia’s invasion have contributed to a “significant pick up in demand” for commodity-focused ETFs, Chedid added.

Year-to-date, broad commodity ETPs have attracted a net $6.8 billion in inflows. Gold ETPs alone have attracted serious interest as a traditional hedge against inflation and store of value in times of crisis, bringing in net inflows of $5.1 billion, a sharp contrast from its net outflows of $9.9 billion over 2021.

“Gold and equity [price]correlation drops when volatility in equities picks up. I think that’s one of the rationales why investors have been buying gold,” Chedid said. “It is a potential diversifier.”