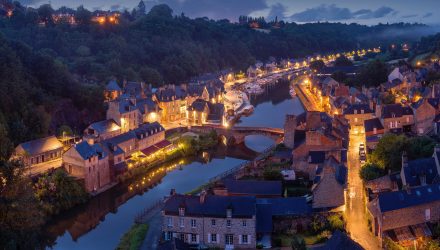 The euro currency and related exchange traded funds retreated as a political upheaval in Italy fuels concerns that the third-largest Eurozone member could pull out from the currency bloc.

“There’s an existential threat hanging over the single currency if we head into more elections this summer, I don’t know how we get away from that now, given the scale of the financial implications,” Kit Juckes, chief foreign exchange strategist at Société Générale, told the Wall Street Journal.

The sudden spike in uncertainty may be traced back to Italian President Sergio Mattarella’s decision to block the formation of a euroskeptic coalition government formed of the anti-establishment 5 Star Movement and the League parties, fueling concerns of a new elections, which could strengthen anti-euro zone forces.

“The market response of pushing the euro lower appears justified, as this story is shaping up to be one more existential threat for the eurozone. In the event of early elections, euroskeptic and populist parties could gain an even bigger share of the voting pie, increasing the risk that policies like calling a referendum on the euro start being discussed again in eurozone’s third-largest economy,” said Andreas Georgiou, investment analyst at XM.com, according to MarketWatch.

“As for the euro, while its longer-term outlook remains relatively bright, the currency’s near-term prospects continue to be clouded by a combination of political uncertainties, a European economy losing momentum, and an ECB that appears increasingly more cautious to normalize,” Georgiou added.