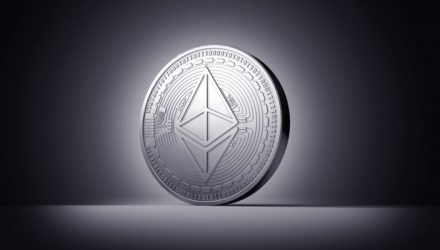 Editor’s Note: This article was republished with permission from Investor Mint.

Although it is foolhardy to make an Ethereum price prediction with confidence, it may be possible to forecast future prices using various analytic methods.

Whether conventional technical analysis, Monte Carlo simulations, or market capitalization comparisons, we explore what the future holds for the price of Ethereum.

But in order to make price forecasts for Ethereum, we first need to see how and why it is different to the original cryptocurrency, Bitcoin.

How Does Ethereum Compare To Bitcoin?

Bitcoin may have sparked the cryptocurrency revolution but Ethereum may have greater longevity, which in turn could bode well for forecasters brave enough to make an Ethereum price prediction.

While Bitcoin gained popularity as a cryptocurrency that could supplant conventional currencies, like U.S. dollars, euros, and yen, Ethereum has received attention because it has the possibility for broader use beyond payments.

The best way to think of Ethereum is as a general purpose platform upon which other applications can be built. Similar to how Apple and Microsoft built operating systems that supported a wide range of software from spreadsheets to budgeting tools, so too can Ethereum support a range of applications related to blockchain technology.

The big difference between Bitcoin and Ethereum is that developers are permitted to build applications on top of Ethereum’s blockchain technology but they are restricted from doing so on top Bitcoin’s technology.

By catering to developers, Ethereum is responsible for the majority of initial coin offerings and its currency has earned a reputation for being robust in the face of cyber attacks.

But with hundreds of cryptocurrencies in existence, what does the future hold for Ethereum and what Ethereum price prediction can be forecast?

Ethereum vs Bitcoin vs Litecoin

Most cryptocurrencies impose a limit on the number of coins issued over a specific time period.

Unlike Bitcoin and Litecoin, Ethereum does not have a fixed supply of coins.

The supply of ethers, the name given to Ethereum’s currency, is not limited but the issuance is capped at 18 million ether per year, which represents approximately one quarter of the initial supply.

By issuing a fixed number of ethers annually, relative inflation declines each year.

Ethereum borrows significantly from Bitcoin’s protocol and blockchain design but is significantly different because it supports applications beyond money.

Like Bitcoin, Ethereum has a blockchain structure that has a record of transaction history.

But unlike Bitcoin, Ethereum uses accounts much like bank accounts whereby ether tokens are stored in digital wallets and can be transferred to other accounts.

By contrast, Bitcoin figures out how much of the digital currency someone has by tracking unspent transactions.

Where Ethereum shines compared to Bitcoin is the flexibility it provides to programmers, who can create programs whereby blockchain transactions automate and control various outcomes.

So, if Ethereum has more flexibility compared to Bitcoin and is more resilient to cyberattacks, what Ethereum price predictions can be forecast?

The idea behind Monte Carlo analysis is to use randomness to solve problems that may be deterministic. Monte Carlo experiments rely on repeated random sampling to obtain results, which is why the graphs below look a little chaotic!

In order to make an Ethereum price prediction, he used historical prices for Ethereum, calculated daily returns and daily range, and simulated outcomes over single year and multi-year durations. 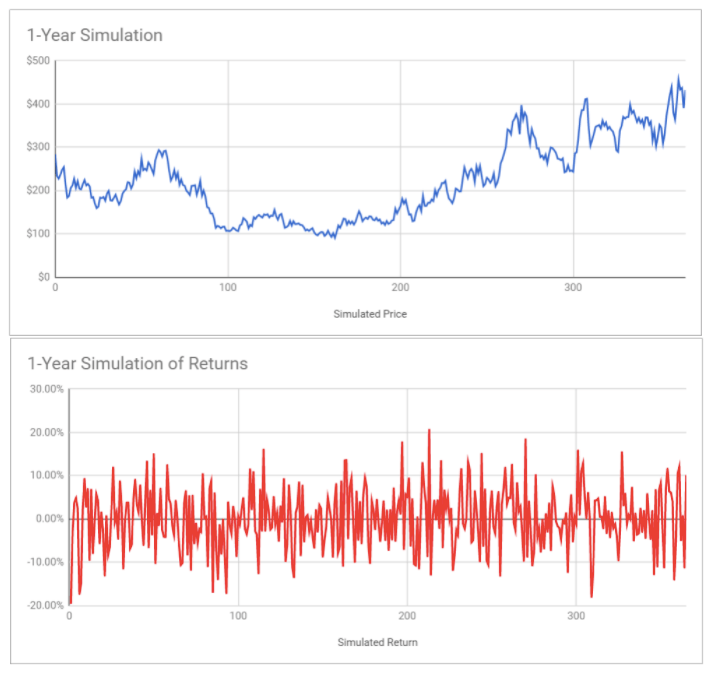 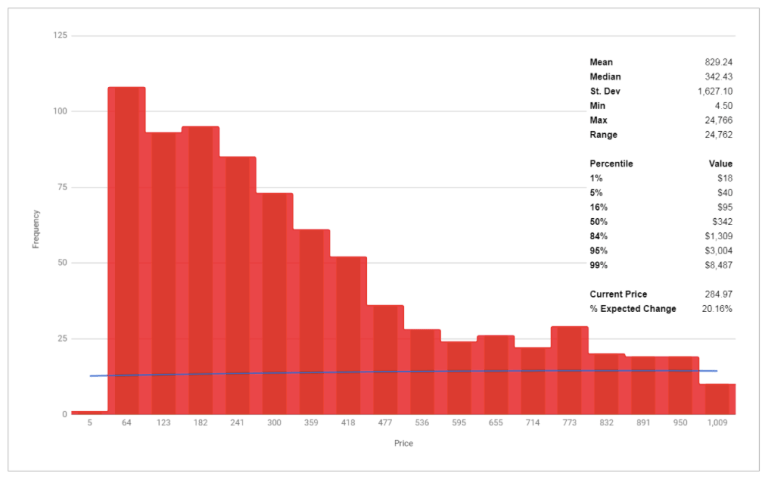 If you stretch that to 99%, the maximum value could rise as high as $8,487 but eagle-eyed statisticians may find this analysis troublesome.