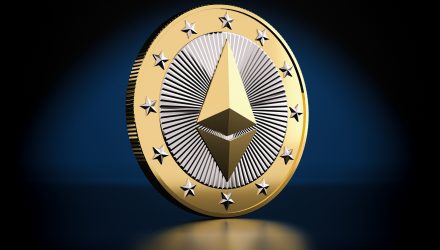 Ethereum is Getting Punished in Cryptocurrency Sphere

Bitcoin is by far the largest cryptocurrency by market capitalization. As such, it usually commands the bulk of media attention devoted to the crypto landscape, but another digital currency is getting drubbed: Ethereum.

At this writing Thursday, bitcoin is trading modestly higher, but Ethereum, the second-largest digital currency, is trading at around $203, extending a massive slide. In early May, Ethereum resided around $800. Today, it is struggling to hold the $200 level. Data suggest Ethereum is decoupling from bitcoin.

“Ether typically rises and falls alongside its larger, better-known predecessor bitcoin. But that trend is changing. Despite volatility, bitcoin’s value in 30 days has risen by 0.1 percent. Ether meanwhile has fallen 45 percent in the same time period,” reports CNBC.

“Ether’s recent performance marks a sharp reverse from last year. Retail investors were excited about its utility compared to bitcoin, which can’t be used to build blockchain applications and is mostly seen as a speculative investment or a store of value. The cryptocurrency rose more than 9,000 percent after starting the year around $8,” according to CNBC.

Last weekend, Ethereum blockchain Vitalik Buterin made comments that were seen as bearish, resulting in selling pressure on the digital asset.