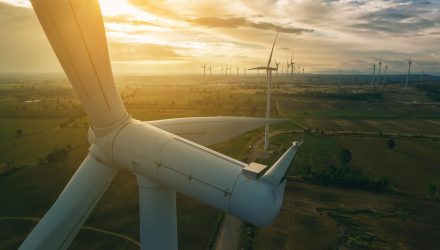 ETFs with General Electric Down as Company Struggles with Turbine Issues

“Bottom line, while we give GE some benefit of the doubt in its comments [minimizing the issue], we think the mere occurrence is significant in the context of the state of the story,” J.P. Morgan analyst Stephen Tusa said in a note.

GE has experienced an unceremonious fall from grace since its days when its market value was close to $600 billion in August 2000. Since then, its value has nosedived, particularly after the financial crisis in 2009, but has come back to as much as $300 billion by December 2015.

Since then, however, GE is struggling to recapture investor confidence since January 2017 when its shares were trading at about $31 per share–the stock is currently trading at $11.70–a nine-year low. Today, ETFs with GE holdings were down–DUSA was down 0.89%, RDIV dropped 0.63% and XLA stumbled 1.66%.