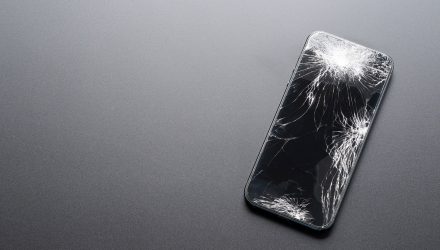 ETFs With Apple Exposure Down After Hours on Weak Q1 Guidance

Shares of Apple fell over 7 percent after trading was halted prior to the announcement. XLK was down 2.13 percent while VGT fell 2.88 percent in after hours trading.

In a letter to investors, Apple CEO Tim Cook cited lower-than-expected iPhone revenue and China’s weakening economy as major headwinds for the tech giant. Apple lowered its Q1 revenue guidance to $84 billion–down from the previous projection of $89 to $93 billion.

Apple declined over 4 percent while Lumentum shares sank a record 30 percent. Lumentum’s reduced outlook came as one of its largest customers was asked to “meaningfully reduce shipments” for previous orders placed.