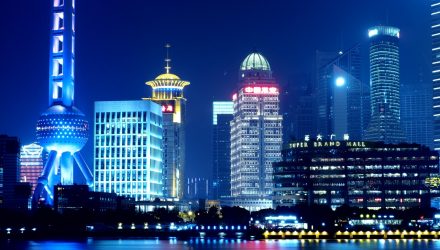 International markets finally picked up speed in 2017 and they are maintaining their momentum in early 2018. However, the road ahead may not be as smooth as it was last year, so international stock ETFs should be ready for a bumpier journey ahead.

“We expect the global expansion to remain intact in 2018, but also foresee some fraying in the near-perfect backdrop that drove asset prices up and volatility down in 2017,” Fidelity Investments strategists, led by Dirk Hofschire, said in a research note.

Among the leading factors for the improved global outlook, China, the second largest economy in the world, showed economic activity that re-accelerated over the past 18 months, further strengthening global industrial production, exports, commodity industries and the profits of multinational corporations. However, the Fidelity strategists warned that there is significant downside risk for global activity due to increased uncertainty over China’s performance due to the fickle nature of its state policies.

Meanwhile, the global reflation trade continues. Purchasing manager surveys among the world’s largest economies have revealed rising prices paid and received, reflecting firming inflation in global goods. For instance, core inflation in the Eurozone has steadily strengthened and may continue to do so. Japan may also be experiencing early signs of core inflation rising due to a tighter labor market. In the U.S., labor markets that are close to full employment should provide upward pressure to wages. Additionally, oil prices recently climbed to two-year highs, which should further add to headline inflation.

However, the improving global economy could trigger more central bankers to move toward normalizing their loose monetary policies, which may spur greater market volatility.

While the global outlook remains strong, there are still risks that could upend the progress and negatively affect investor’s portfolios.