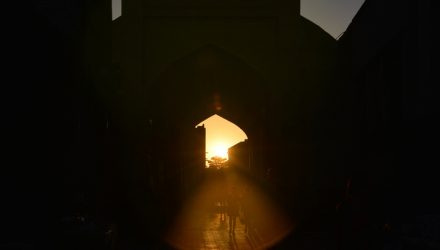 China is embarking on an ambitious and widespread economic transformation, and investors can also capitalize on the change in direction in the world’s second largest economy with various global exchange traded funds.

“The nation has begun a transition whose goal is to become a leading exporter of high-technology and capital,” according to a FlexShares note. “Investors considering China as a worthy risk may want to examine the industries and initiatives that would allow the economic giant to fulfill its vision. China’s willingness and capacity to fill gaps left by key changes in the global world order may yield unprecedented economic opportunities for its advancement.”

For instance, China has proposed a $900 billion foreign policy and economic strategy named “One Belt, One Road,” or OBOR, as a way to revive the “Silk Road” between Asia, Africa, the Middle East, and Europe by undertaking a vast infrastructure project of new roads and railway systems.

“We believe that OBOR is geared to have a massive long-term impact not only on China’s currency but the international community’s view of China as a global power. Estimates indicate the infrastructure project will involve approximately 65 countries, 4.4 billion people, and about 40% of global GDP,” according to FlexShares.

In a May 2017 OBOR summit, President Xi Jinping announced China will allocate $124 billion to complete the trade agreements with 40% of Belt and Road participants by the end of 2017. The project will include “creating new markets for the country’s construction companies and exporting its model of state-led development in a quest to create deep economic connections and strong diplomatic relationships” across four continents.