You are at:Home»ETF Strategist Channel»ETFs on TV and in the Financial Media 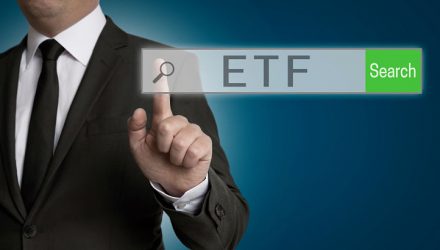 ETFs on TV and in the Financial Media

Over the July 4 holiday, I had the privilege of stepping away from the office for a while, and I found myself watching a lot of financial television, probably too much. Financial media has many positives and negatives – a discussion for another time – but, what has become apparent lately is that these “newfangled ETFs” are being covered in very different ways across networks and media outlets — if they are covered at all. Some observations are warranted to keep investors informed.

First, is the apparent negativity towards ETFs? Typical ETF-focused headlines (and, let’s be honest, a lot of headlines in general) only focus on the potentially negative aspects. Whether passive instruments are owning the whole market, causing flash crashes, or contributing to market volatility, there are generally several unfounded arguments against ETFs that make a lot of the headlines.

Second, is the firm attachment to old, established products? Mostly, there’s nothing wrong with that, but it doesn’t paint the rapidly growing ETF market in the best light. For instance, I heard the financial sector referenced several times as “The XLF.” To start, using “The” in the title makes it seem like there’s only one way to play financials via ETFs, and it’s through XLF. But there are more than 30 financial ETFs! In addition, this particular reference I watched was a way to play bank earnings. There are many banks in XLF, but there are a lot more in the $3 billion SPDR S&P Bank (KBE) ETF! This trend continues through many other areas. ETFs that represent biotech, retail, and other subsectors are typically referenced in confusing ways. I’ve heard both a cap-weighted way to play biotech (“The IBB”) and an equal-weighted way to play (XBI) without regard to the large difference in weighting schemes. Just saying — there has been a 23% difference in returns between these two “similar” funds over the past year!