You are at:Home»Investing»Little to No 2017 ETF Cap Gains, But Same Can’t Be Said for Mutual Funds 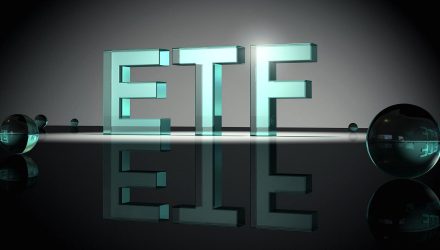 Little to No 2017 ETF Cap Gains, But Same Can’t Be Said for Mutual Funds

ETFs are generally more tax efficient than their open-end mutual fund counterpart due to their unique investment structure. Consequently, the majority of ETFs have exhibited no capital gains distribution this year, and even if they did, they were mostly negligible.

Of the 1,244 ETFs for 2017 covered by Morningstar, only 98, or 7.9%, will distribute capital gains this year, writes Daniel Sotiroff in a Morningstar research note. Additionally, only 27 of these 98 fund distributions amount to more than 2% of their November 30  net asset value.

Capital gains will be an increasingly contentious topic in the investment industry, especially as investor money favor ETFs over mutual funds. So far this year, $465.4 billion has flowed into U.S-listed ETFs, according to XTF data. In contrast, open-end mutual funds attracted $240 billion in net inflows as of the end of November 2017, according to Morningstar.

Compared to 2016, which had a number of currency-hedged ETFs with capital gains due to profitable currency forward contracts, ETFs this year that exhibited capital gains distributions largely include stock funds. Most of the top ten ETFs with distributions are relatively new, and Morningstar attributes the distributions to their relative youthfulness as their short lives accumulated decent capital gains in recent years and limited the funds’ chances to reduce stocks with a low cost basis through in-kind redemptions.