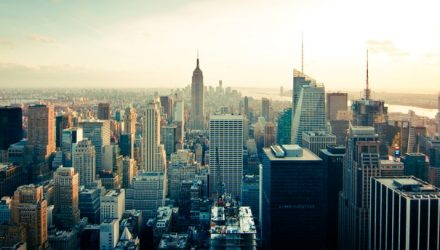 Exchange traded funds have grown increasingly popular among investors seeking broad and cheap market exposure. ETFs have grown so big that the investment vehicles may even be able to sway broad market moves.

According to Bank of America Merrill Lynch, Vanguard, the world’s second largest asset manager, holds 6.8% of the S&P 500, double the level of 2010, and the money manager also holds 5% or more in all but nine of the benchmark index’s stocks, reports Peter Smith for the Financial Times.

“Historically, large-cap U.S. equity managers have had the luxury – and curse – of a liquid, efficient market,” Strategists at Bank of America Merrill Lynch, led by Savita Subramanian, said in a report. “On the one hand, capacity has been less of an issue for the S&P 500 than it has been for the Russell 2000, but on the other hand, it is much harder to have an edge on large, well-followed stocks than on smaller, less-followed peers. That liquidity is slowly being called into question by the ‘ETF-zation’ of the S&P 500.”

The greater preference for cheap, index-based fund strategies has fueled this so-called ETF-ization of the S&P 500. BofA said the percentage of U.S.-domiciled equity fund assets that are passively managed increased from just under a fifth soon after the financial crisis to 37%.