You are at:Home»Podcasts»Will ETFs be a $30 Trillion Industry in 10 Years? 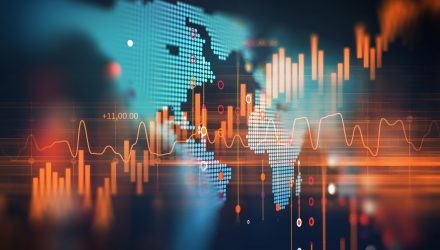 The exchanged-traded fund (ETF) industry in the United States currently stands at just over $3 trillion with over $300 billion in net inflows added thus far in 2018. Could it be that an ETF industry that has grown exponentially since the Great Recession be poised for growth equal to 10 times its current value in 10 years’ time globally?

ETF Trends Publisher Tom Lydon sat down with Paul Quinsee and Bryon Lake, of J.P. Morgan Asset Management, to discuss whether this $30 trillion valuation was in the realm of possibilities, as well as the recent trends within the industry.

Click to open the podcast player in a new window:

At the moment, with a confluence of events like rising interest rates, trade wars and slowing global growth, the possibility of growth for ETFs or any asset vehicle might seem overly optimistic. However, there are still opportunities that can be had in 2019.

“The best opportunities are staying with stocks,” said Quinsee. “We think 2019 will be a better year than 2018. We don’t think the economic cycle is ending just yet. The really bad corrections come when we have a recession.”

Recession is the very word that sends capital markets quivering and with technical indicators like the “death cross” and inverted yield curves in the bond markets being used loosely, it has investors more apt to stay on the sidelines. However, Quinsee isn’t quick to blow the trumpet signaling a recession.

“It still doesn’t feel to us like we’re on the edge of a recession,” said Quinsee. “This growth could carry on for another two or three years.”

Opportunities Beyond the U.S.

Paul Quinsee and Bryon Lake, of J.P. Morgan Asset Management, and Tom Lydon, of ETF Trends, at the Bloomberg European Headquarters in London.

Whether it’s investor shrewdness or overexuberant hope, capital allocators into the international space like emerging markets still won’t budge. The markets continue to witness flows into the EM space as investors are beginning to see opportunities abroad as volatility reigns in the U.S. capital markets.

The U.S. stock market has been the default play for investors during the historic, decade-long bull run, but the latest volatility may have steered them off course and opportunities abroad could be an alternative. Despite the deep declines in emerging markets this year, with respect to value compared to price, many of these ETFs from abroad present a profitable opportunity that can be realized, especially if China and the U.S. ameliorate their trade differences.

“That can’t go on for much longer,” added Quinsee.

The rise of ETFs has not been relegated to just the United States, but use of the investment vehicle in Europe is also blossoming. According to an article in Institutions & Pensions Europe, institutional investors are increasingly turning to ETFs as interest in smart beta and multi-asset funds rises.