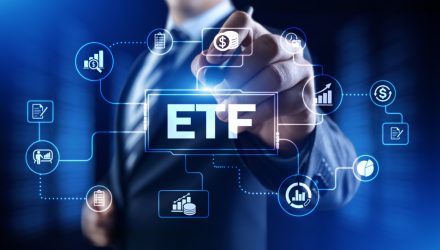 March did indeed come in like a lion this year, if #FinTwit is any indication. So without further ado, let’s get to our #ETFintwit wrap-up of what happened here on Twitter last week so you can hit the ground running. We’ll keep this week to a company spotlight, a macro story, and an announcement.

The Shakeup at Onramp

Personnel and directional changes at a startup are common, but when they take place at a social media darling of a company, the impact tends to ripple out. It started March 1 when Tyrone Ross tweeted, simply, “Goodbye, Onramp” with a link to a Medium post of his full announcement. Throughout the day, news trickled out of other layoffs at the firm, which seeks to help financial advisors offer clients access to, and advice on, crypto assets. Speculation started to boil up later in the week when Ross took a trip to Omaha to visit folks at Orion and Carson Group, despite the fact that he announced the trip prior to leaving Onramp. Ross had to delete a tweet and clarify that he hadn’t taken a job at Orion despite his love for the team.

Just as speculation started to die down, however, Onramp co-founder Eric Ervin, who started the firm with Ross and took over as CEO after his departure, sent a note to investors. That note turned into an RIA Intel article published Sunday, and detailing Ervin’s moves to improve the company’s burn rate … including laying off a third of the staff and streamlining vendor relationships.

Given that Onramp famously embraced Twitter and building in public, there may be more headlines to come as this startup (launched in 2020) navigates next steps.

Russia’s invasion of Ukraine sent ripples through the world starting in late February, and FinTwit was no different. While the first days of the invasion focused on phenomenon like the ghost of Kyiv or Snake Island,* last week saw analysts and experts take turns predicting the potential impact on markets and the global economy. Specifically, folks began looking at energy and wondering what China might do.

Given the evolving situation, we don’t want to dwell on the specifics of last week’s tweets, since this week is likely to serve up more news, and more opinions. If this affects you and your clients, you may want to turn on notifications… and if not, you may want to start muting terms. Either way, we think #ETFintwit #Top50 member Callie Cox put it best when she said, at 8pmET on Sunday, “Talking about oil on a Sunday night? That’s (c)rude.”

*One thing to keep in mind? Experts say it’s particularly hard to verify information coming out of this conflict, meaning news out of Ukraine may need to be approached with skepticism. In the wake of these stories first appearing, it’s come out that the ghost of Kyiv may be a myth, or at least exaggerated, and the soldiers on Snake Island appear to still be alive.

#ETFintwit in real life… coming up March 18 in Chicago.

If you’re in the greater Chicago area, come to River North for a happy hour sponsored by ETF Trends and our friends at Alpha Architect. It’s part of our ongoing initiative to take the community we love on Twitter and forge real world connections. And if you’re not in Chicago? The week of March 14 seems like a great time to visit all of those Chicago clients you’ve been meaning to visit since before the Pandemic. 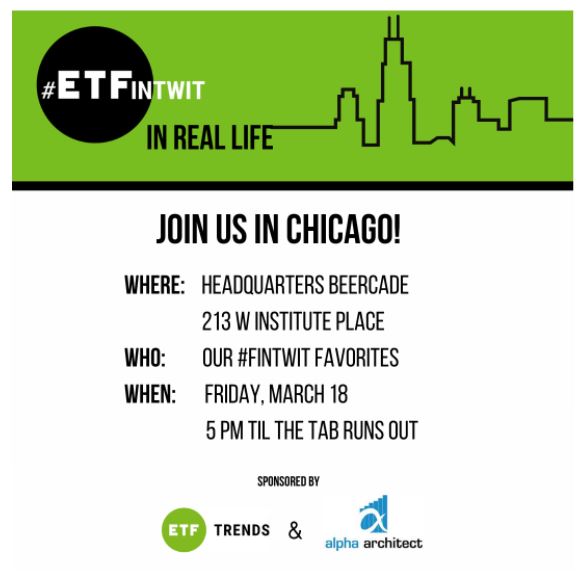