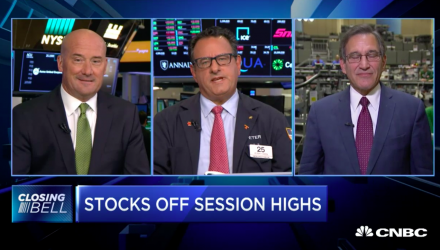 Lydon said large caps are pretty lofty at this point, but added in the past month, the markets have seen money come into small caps for the first time in a couple of years.

“From a valuation standpoint, you’ve got to look overseas – developed markets, especially Europe, and most importantly emerging markets,” Lydon said. “It’s been so unloved for an extended period of time. As we talk about opportunities, not just traditional indexes, but new smart beta indexes that can take advantage of certain factors like momentum.”