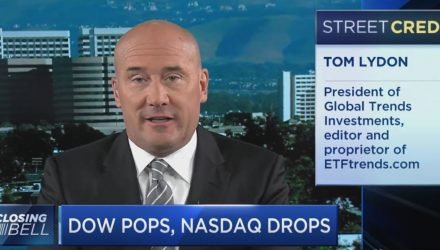 “Valuations in the U.S. are lofty for sure, but traditionally investors in the U.S. are underallocated overseas,” Lydon said. “When you look at general flows specific to ETFs, we’re going to break through $600 billion this year, crushing last year’s record of $380 billion. And the key thing is equity fund flows have been greater overseas than they were last year, so that’s a good thing from a valuation standpoint.”

As investors are seeing pullbacks around the world, Lydon said many should consider taking advantage in greater valuation markets like emerging markets.

Click here to watch the full segment on CNBC.