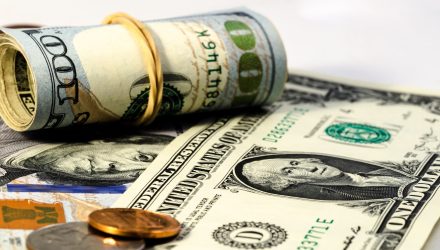 “Taking a quick step back, UUP has added roughly 3.4% since bottoming at a three-year low of $23.09 on Jan. 25. The shares are now trading above the $23.72 mark, which coincides with a 38.2% Fibonacci retracement of their November-through-January decline. And while UUP is down 0.2% at last check to trade at $23.88, it’s still on track to close north of its 120-day moving average for a second straight session, which hasn’t happened since late December,” according to Schaeffer’s Investment Research.

What Traders Think About Dollar

Recently, President Donald Trump projected that the dollar would gather momentum as the U.S. economy expands. Following the president’s remarks, the dollar pared its decline that was triggered the day before when Treasury Secretary Steven Mnuchin said a weak dollar benefited the U.S. economy, which many observers took as a indirect support for a weak dollar outlook.