An ETF Strategy Focused on Overlooked Emerging Asia Opportunities
You are at:Home»Webcasts»An ETF To Diversify Away From China-Taiwan Concentration 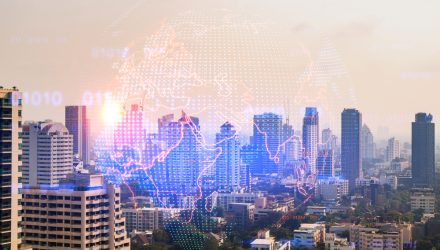 An ETF To Diversify Away From China-Taiwan Concentration

In the recent webcast, Why Emerging Economies are Poised for Some of Today’s Best Opportunities, Maurits Pot, Founder & CIO of Dawn Global Management, pointed out that the emerging market investment story is still alive and well, with foreign inflows of over $450 billion since January 2020, but about 90% of that money has been concentrated on Brazil, Russia, India, China, Taiwan, and South Korea.

Pot also noted that the emerging markets have been attracting attention even as major news headlines paint a bearish picture. For example, the conflict in Ukraine has led some investors to question the new world order and global alliances.

China, in particular, has suffered through a string of problems, including regulatory investigations across several industries, a property liquidity crisis, geopolitical risks associated with Taiwan, a broader risk-off environment due to Russia’s invasion of Ukraine, and strict lockdown measures to contain a spike in Covid-19 cases.

Due to the risks associated with China’s market exposure, Pot highlighted the large risk that many emerging market investors face. Specifically, China and Taiwan make up about 45% to 55% of dominant emerging market indices, and the two markets make up 60% of global EM ETF allocations, accounting for $330 billion in global EM ETF assets under management.

Consequently, Pot argued that it is time to diversify beyond the broken EM indices with an active lens through the Asian Growth Cubs ETF (CUBS), the first active thematic ETF to focus on public equities in emerging and frontier growth markets, including Bangladesh, Indonesia, Pakistan, Philippines, and Vietnam.

Pot highlighted the strong fundamentals that can support future growth in these Asian cubs. The ETF covers five large countries collectively spanning 880m people, 440m smartphones, and a GDP similarly sized to India’s $2.5tr GDP. The countries boast a median age of under 28 that will help drive consumption, competitiveness, and digitization, where the CUBS have already surpassed India and Latin America’s digital penetration levels. These countries are amongst the highest urban density in the world, driving productivity and faster scaling economies.

Meanwhile, these emerging Asian markets remain primarily under-represented in investor portfolios and are trading at relatively cheap valuations. CUBS’s valuation discount to S&P 500 remains close to ten-year highs. Valuations are 25-50% down from the peak after five years of $9bn foreign investor outflows, while fundamentals remain resilient, according to Pot.

Financial advisors who are interested in learning more about emerging Asia opportunities can watch the webcast here on demand.