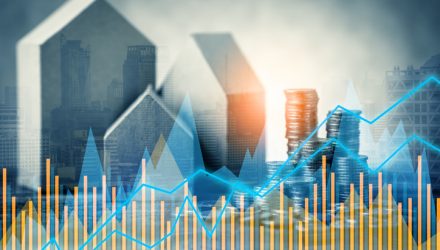 The third quarter saw new all-time highs in the S&P 500 during July, followed by a volatile and weaker August. A final push higher by equities was made in September, which put the quarter back into positive territory. Fed activity was front and center during the quarter as  rate cuts were introduced in July and September—the first rate cuts since 2008.

Despite moving rates lower at back-to-back FOMC meetings, uncertainty about the future course of Fed action persists in the market. Clearly, the Trump administration wants lower rates, and tweets continue to show the unhappiness of the President with the Fed’s pace of rate cuts. Trade concerns also drove sentiment during the quarter, particularly in August, and led to some significant swings in the market. Volatility, as measured by the VIX Index, hit its highest level since January during the quarter, but settled down during September as stocks moved higher.

We have been discussing for some time the long-running theme of large-cap U.S. growth stocks outperforming most other pockets of the equity markets. A noteworthy shift in equity market leadership occurred in September, with small-cap and value-oriented companies rising to the top of the equity universe.

Although it is too early to call this change in leadership a new trend, September proved to be a good month for value and smaller-cap stocks, which had lagged in recent quarters. At Clark Capital, we employ value-oriented measures in our investment process and believe that over a full market cycle, buying good companies at a good price will be rewarded.

The numbers for September were as follows: the S&P 500 advanced 1.87%, the Dow Jones Industrial Average gained 2.05%, the NASDAQ Composite rose modestly by 0.54% and the Russell 2000 Index, a measure of small-cap companies, improved by 2.08%. For some perspective on the differences between company size and growth/value dynamics, the Russell 2000 Value Index gained 5.13% compared to the Russell 2000 Growth Index, which declined -0.82%. Large-cap value stocks, as measured by the Russell 1000 Value Index, advanced 3.57% compared to large-cap growth stocks, as measured by the Russell 1000 Growth Index, which gained all of 1 basis point (+0.01%) in September.

Despite ongoing U.S. dollar strength, international equities turned in solid gains in September and outpaced the S&P 500 Index. Emerging market equities, as measured by the MSCI Emerging Markets Index, gained 1.91% in September and the MSCI ACWI ex USA Index, a broad measure of international equities, advanced 2.57% for the month. Those two indices of international stocks were down for the third quarter and although they enjoy year-to-date gains, they still lag broad measures of U.S. stocks through the first nine months of 2019.

Yields bounced higher in September after dropping to multi-year, and in some cases, historic lows in August. This put pressure on most fixed income sectors with the exception of high-yield bonds, which gained during a month when stocks also advanced.

After closing August at 1.5%, the 10-year U.S. Treasury yield moved higher and closed the month at 1.68% (after hitting 1.9% mid-month). The 30-year U.S. Treasury yield closed August at 1.96%, but ended September at 2.12%. We believe it will be hard for U.S. rates to bounce too high with the amount of global bonds with negative yields, but having them come off of lows in August was not unexpected.

Concern still swirls around the future direction of the U.S. economy as the length of this expansion moves further into historic territory. The shape of the yield curve continues to be followed closely, but 10-year and 2-year Treasury yields moved backed to a positive slope after its inversion in August ushered in a period of elevated market volatility. However, the 10-year and 3-month Treasury yields continued to be inverted despite two cuts to the Fed Funds target rate in the third quarter.

We still acknowledge that an inverted yield has historically been a negative sign for the economy and has preceded each of our last seven recessions. At the same time, other economic data (as shown in the chart at the end of the commentary) is rather mixed and does not foreshadow a recession.

The widely followed Institute for Supply Management (ISM) manufacturing index for August declined below 50, the dividing line between expansion and contraction, for the first time since 2016. At 49.1, this reading was below the modest expected growth of 51.3. The subcategory of “New Orders” fell sharply to 47.2 for the month and helped drag the overall index down (furthermore, the ISM manufacturing index hit a 10-year low in September based on data released in early October).

Tariffs and ongoing trade uncertainty with China are likely impacting manufacturers and slowing the pace at which businesses are placing orders. Businesses that have some flexibility are likely taking a more “wait and see” attitude. Global PMIs slipped below the 50 mark earlier in the year and in August, the U.S. followed suit moving into contraction zone.

On a positive note, the ISM non-manufacturing index, which represents the much larger service industries in the U.S. economy, rose more than expected to 56.4, which was well ahead of the prior month’s mark of 53.7. Housing market data was very strong in August with building permits, housing starts, existing and new home sales all coming in ahead of expectations and improved from the prior month’s readings.

Non-farm payroll additions were 130,000 in August. While this was below the expected 160,000 gains, the unemployment rate stayed at 3.7% as the labor force participation rate continued to rise. Average hourly earnings grew by 3.2% on a year-over-year basis when expectations were calling for a 3.0% gain. Retails sales (ex. auto and gas station sales) advanced modestly by 0.1% (+4.2% compared to August 2018) when a 0.2% advance was anticipated. Consumer confidence, as measured by the final University of Michigan consumer sentiment index for September, popped back up to 93.2 compared to expectations of 92.1 and the preliminary reading of 92.0.

The leading economic indicators index from the Conference Board was flat in August, but expectations were for it to fall by -0.1%. The final reading of second quarter GDP stayed as expected at an annualized growth rate of 2.0%.

Debate and scrutiny continued to follow the Fed in September despite making a second cut to the Fed Funds target rate during the month. A new headline also popped up about liquidity issues in the repo market, which caused the Fed to intervene on multiple occasions in September to keep liquidity flowing. Several factors appeared to drive this issue, but at this point, it looks more mechanical and liquidity driven versus a sign of worsening credit conditions. We will monitor developments on this front closely.

The future pace of rate cuts continues to be uncertain and Fed officials appear to be dampening expectations of a sustained rate-cut cycle, but the market is pricing in about three more cuts over the next year. On top of which, the 25-basis point cut in September continued to draw the ire of the Trump administration, which wants rates significantly lower. Due to the uncertain course of the Fed and markets trying to discount these rate cuts, additional volatility could ensue if these two perspectives diverge from each other.

Political discord in Washington is certainly nothing new for the market. However, the formal inquiry into the impeachment of President Trump following a whistleblower’s complaint, has amped up the political divide. Although we are more than a year away from the presidential election, it is likely little will be done by Congress for the next year as the impeachment proceedings move forward – the race for the White House has already begun.

We continue to expect economic growth through 2019 and well into 2020. However, risks exist with uncertainty in upcoming Fed policy decisions, unknowns on the trade front, some slowing of U.S. economic activity, and a newly formalized impeachment inquiry. We continue to believe that the range of outcomes for the stock market is wider than usual due to many of these factors. It seems capital market volatility will remain elevated until some clarity begins to develop around these issues.

Our relative strength driven equity portfolios had been appropriately allocated to the market leaders which were large-cap growth, momentum, technology, and interest rate sensitive stocks. Those trends were upended with the massive rotation into value, small-caps and cyclically oriented stocks, potentially marking a sea change in the market’s leadership.

This shift led to a dramatic rotation in our top-down equity portfolios into value and away from momentum. The shift wasn’t only in equities as our top-down driven fixed income models began favoring credit in mid-September and we allocated back into high yield.

Many of our fundamentally driven equity portfolios benefited from the change in market leadership as the value factors we incorporate in our stock selection process were rewarded. On a sector basis, consumer discretionary, energy, and materials are economically sensitive and added value. On the other hand, healthcare remained a relative underperformer, not from an earnings standpoint, but rather from Washington’s ongoing drug pricing and the universal healthcare debate.

On the fixed income side, we remain focused on managing liquidity, duration and credit risk. Our fixed income portfolios are slightly longer in duration and have a bit more credit risk exposure than their benchmarks. Both of these factors have added value as rates decline and continued economic growth supports credit.