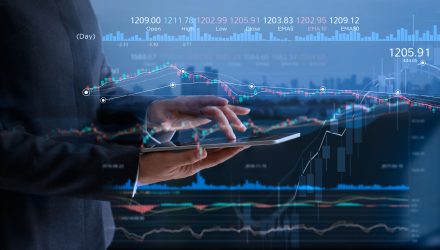 Despite recent market volatility, we think that the current business cycle will extend for at least another year, if not longer. Equity markets tend to peak approximately six months before the end of a business cycle. As a result, we expect continued stock market appreciation, albeit at a slower pace and subject to bouts of volatility.

Historically, most bear markets are associated with recessions (the end of a business cycle). Every U.S. recession in at least the last 50 years has been proceeded by an inverted yield curve, where long-term interest rates are lower than short-term interest rates, and a negative real (inflation-adjusted) growth rate of the money supply resulting from the Fed over-tightening monetary policy and choking off liquidity. In the past, the yield curve has inverted one to two years before a recession and equity prices peak approximately six months prior to recession. Though the yield curve has flattened, and liquidity growth has slowed, we think both point to at least 12 months before recessionary risks becomes acute.

Our work suggests that the Fed will continue raising short-term interest rates over the coming quarters. We think the Fed will raise two more times before pausing. It seems to us that the yield curve could flatten and money growth could slow further in the coming months as the Fed raises interest rates. These events should cause the Fed to hesitate raising rates any further.

One of the reasons we think the Fed should tread lightly is the relationship between nominal GDP (NGDP) growth and the 10-year Treasury yield. Over time, they are highly correlated with an average difference of about zero. During the expansionary phase of a business cycle, NGDP growth tends to run about 1.7% higher than the 10-year Treasury. The gap between the two rates is currently wide by historical standards.

With the backdrop of the Fed tightening monetary policy and the positive impacts for fiscal stimulus, such as tax cuts, fading going forward, we think that the market is suggesting that NGDP growth is likely to decelerate rather than long-term interest rates rising significantly. NGDP is made up of real GDP (RGDP) plus inflation. Market-based inflation indicators, such as 10-year Treasury Inflation Protection Securities (TIPS) spreads, are not breaking higher in our opinion. As the chart below indicates, 10-year TIPS spreads have plateaued at a rate below their business cycle peak in 2014.

As a result, we think that more inflationary pressure is unlikely in this environment. Over the long-term, RGDP growth is driven by the grow rate of the labor force and the productivity growth of that labor force. Since the growth rate of the labor force has slowed due to several factors including demographics, a sustained increase in RGDP growth would have to be driven by an increase in productivity growth. We see that scenario as unlikely especially since research and development spending has been lacking relative to history.

At this point, we think the economy can absorb the interest rate increases. The recent rise in 10-year Treasury yields and the strength of leading economic indicators suggests to us that the Fed does have more room to move.

U.S. leading economic indicators are up more than 6% over last year compared to being flat for developed economies as represented by the Organisation for Economic Co-operation and Development (OECD). This suggests that the U.S. economic growth will continue to lead other developed economies.

We think that shifting markets and volatility will create new investment opportunities. As long as fundamentals remain sound, we recommend staying the course and taking advantage of market volatility and new investment opportunities. In fact, two of our favorite fundamental indicators are weekly jobless claims, or layoffs, and jobs openings. Layoffs are near record lows while the number of job openings is at a record high. Combined, we think these measures paint a picture of a very healthy labor market.

As more jobs are created and wages slowly push higher, consumer spending should increase, which creates a virtuous cycle.

With this relatively constructive view, we look towards equity market return expectations. While the U.S. economy will likely continue providing opportunities for corporate revenue and earnings growth that can support higher stock prices, we expect the rate of growth and the rate of stock price appreciation to slow. For example, earnings yield, the earnings per share for the most recent 12-month period divided by the current market price per share, has historically provided a good indication of stock market returns going forward. Though there are times when forward returns significantly deviated from current earnings yield, like the booming markets of the 1990s followed by the bust of the early 2000s, the current earnings yield has over time provided a reasonable approximation of what to expect for U.S. stock price returns for the next several years.