You are at:Home»ETF Strategist Channel»Why February Left Many Investors Confused 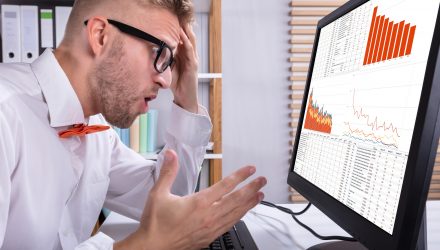 Why February Left Many Investors Confused

The first half of February has left many investors confused. The first week saw equities lose enough value to merit the term correction (a drop of at least 10% from a peak).

Additionally, volatility, unusually low throughout 2017, spiked: the VIX (an index used to measure the market’s volatility) even reached levels above 50 at some point. Many investors were left wondering whether a bearish market was coming. What followed was a week of huge gains instead, with the VIX index ending below 20. On the other hand, the 10-year U.S. Treasury bond rate has been increasing consistently, and it is now at 2.9%. While many seem worried about the stock market’s prospects in light of higher yields, we argue – based on historical data and market fundamentals – that this is not reason enough to worry. Higher yields and solid performance by equities can perfectly coexist.

The last meeting of the Fed last year (held on December 12th and 13th) ended with an interest rate hike of 25 basis points (in the range of 1.25% to 1.5%), absolutely in line with what markets were expecting. Our view was that the Fed had decided to prioritize the “normalization” of interest rates, attempting to avoid economic overheating and the formation of bubbles at the same time, instead of focusing aggressively on meeting its inflation target.

The Fed’s first meeting of 2018, the last with Janet Yellen at the tiller, ended with interest rates unchanged. The vote was unanimous. The Fed’s press release after the meeting was very similar to the one it had put out in December. It sounded a confident note, stating short-term risks for the economy were balanced and solid growth was expected. It did warn, however, that inflation, although still below 2%, could pick up if the dollar continued to weaken or if oil prices kept creeping up. In spite of this optimistic forecast, that same week (Tuesday, January 30th) we saw the first signs of what was about to come. The Dow lost ground and the 10-year Treasury yields rose. Ms. Yellen’s last day in charge of the Fed, Friday February 2nd, saw markets tremble, with stocks headed on a downward spiral that would last for five days.

On Monday, February 5th, Jerome Powell was sworn in as the sixteenth president of the Fed. The main question when he was nominated revolved around the pace he would set for the withdrawal of monetary stimuli, specifically low rates and the downsizing of the central bank’s balance sheet. Still, markets seemed not very worried: unemployment and inflation were low, and the economy was growing, with tax reform expected to give it an extra boost. But things had changed that Monday, with markets continuing in free fall. Mr. Powell’s message – stating he would work for stable prices and a healthy labor market, making reference to the Fed’s double mandate – went largely unnoticed. With the VIX up by 115%, the outlook for the first few months of his four-year term was definitely looking shakier than expected.